Ukrainian folk costume is having a fashion moment. Peasant blouses with puffy, flowing sleeves and bright splashes of embroidery have been showing up all over the runway and social media. Magazines like Vogue and Glamour have documented the rising star of Ukrainian designer Vita Kin and the growing popularity of boho dresses inspired by vyshyvanka, a traditional Ukrainian blouse. 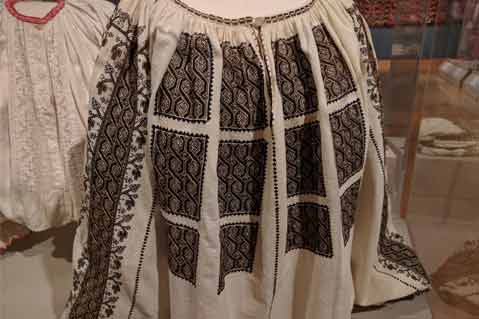 What better way to understand this trend than to go straight to the source? The Ukrainian Museum in Manhattan’s East Village is showcasing a collection of traditional Ukrainian and Romanian costumes and textiles. “Carpathian Echoes,” which runs until March 12, focuses on textiles of the 19th and early 20th centuries, including embroidery and tapestry weave. Domestic textile production in that era still relied largely on traditional methods, with women weaving cloth and embellishing garments from scratch, but it was also a time of change, with technology and industrialization inexorably altering production methods, according to the museum.

Among the standout pieces on display are a Romanian woman’s shirt from the first half of the 20th century featuring intricate white-on-white embroidery, cut work and red beads. The blouse with its subtle embellishments is juxtaposed with a more elaborate shirt from the same time period, but produced in a different region of the Carpathians. The second blouse was constructed of seven rectangles of fabric and features striking black-and-gold embroidery running down the sleeves and in blocks down the front.

Check out the below slideshow to see some highlights from the exhibit. 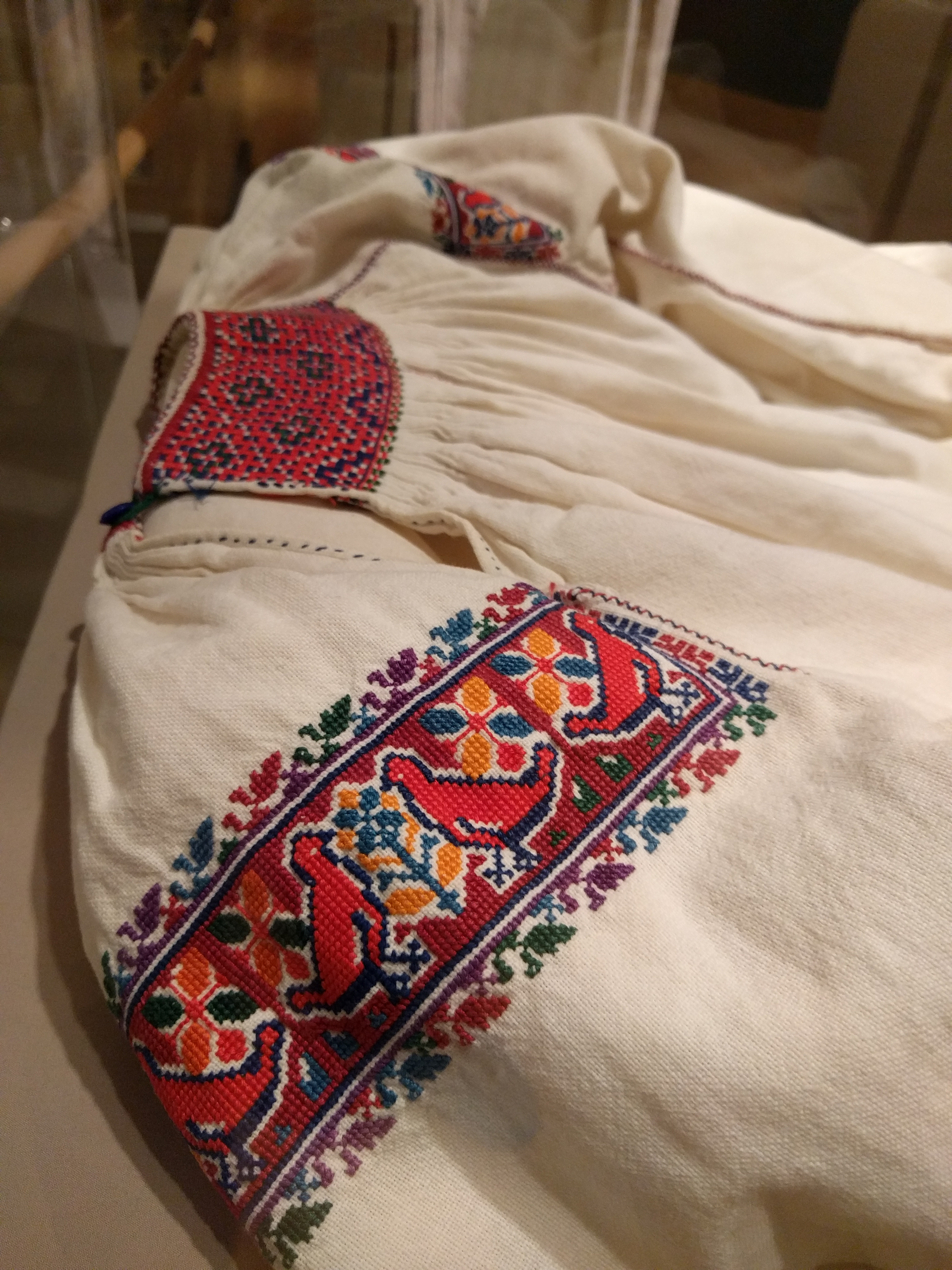 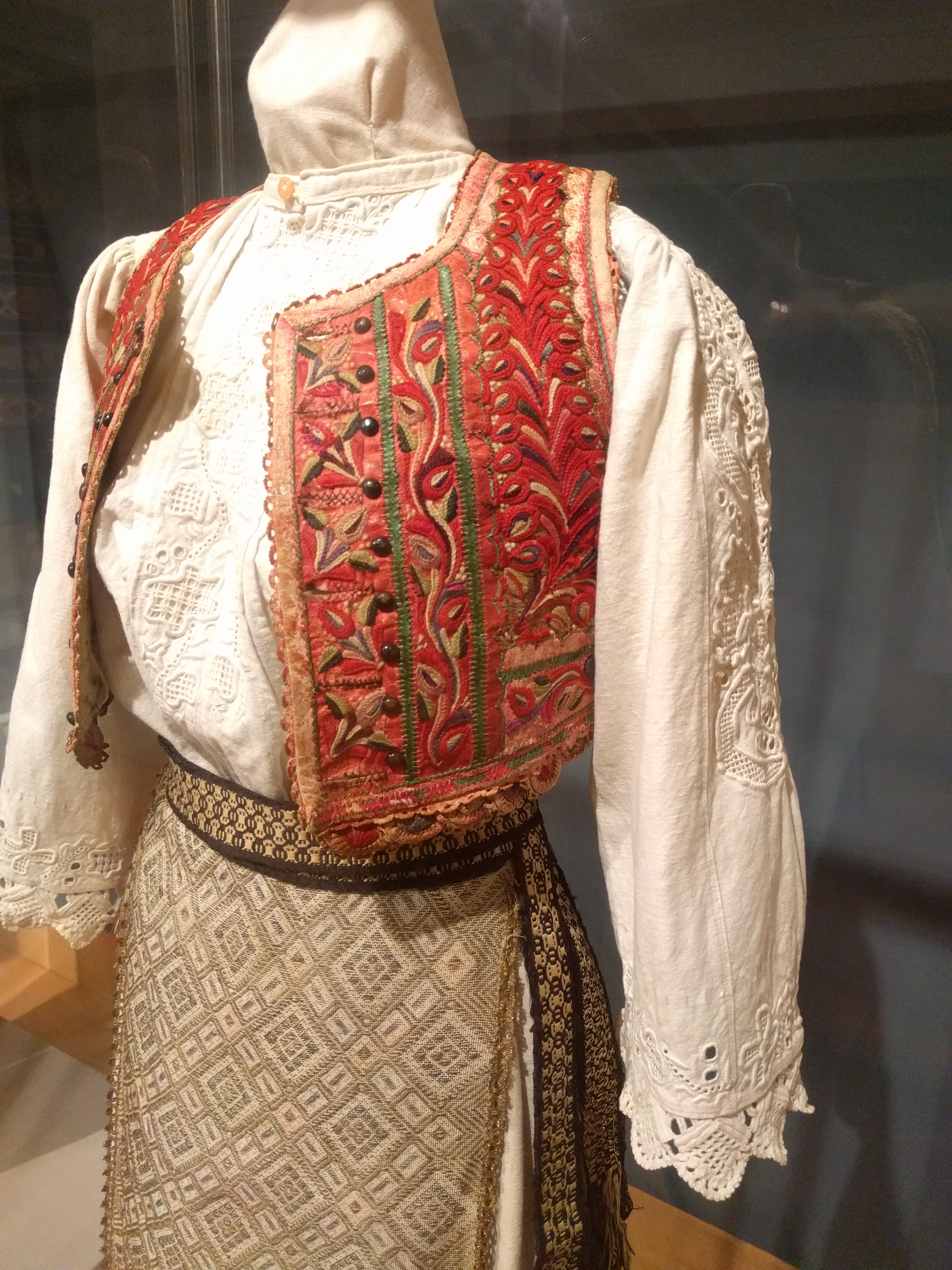 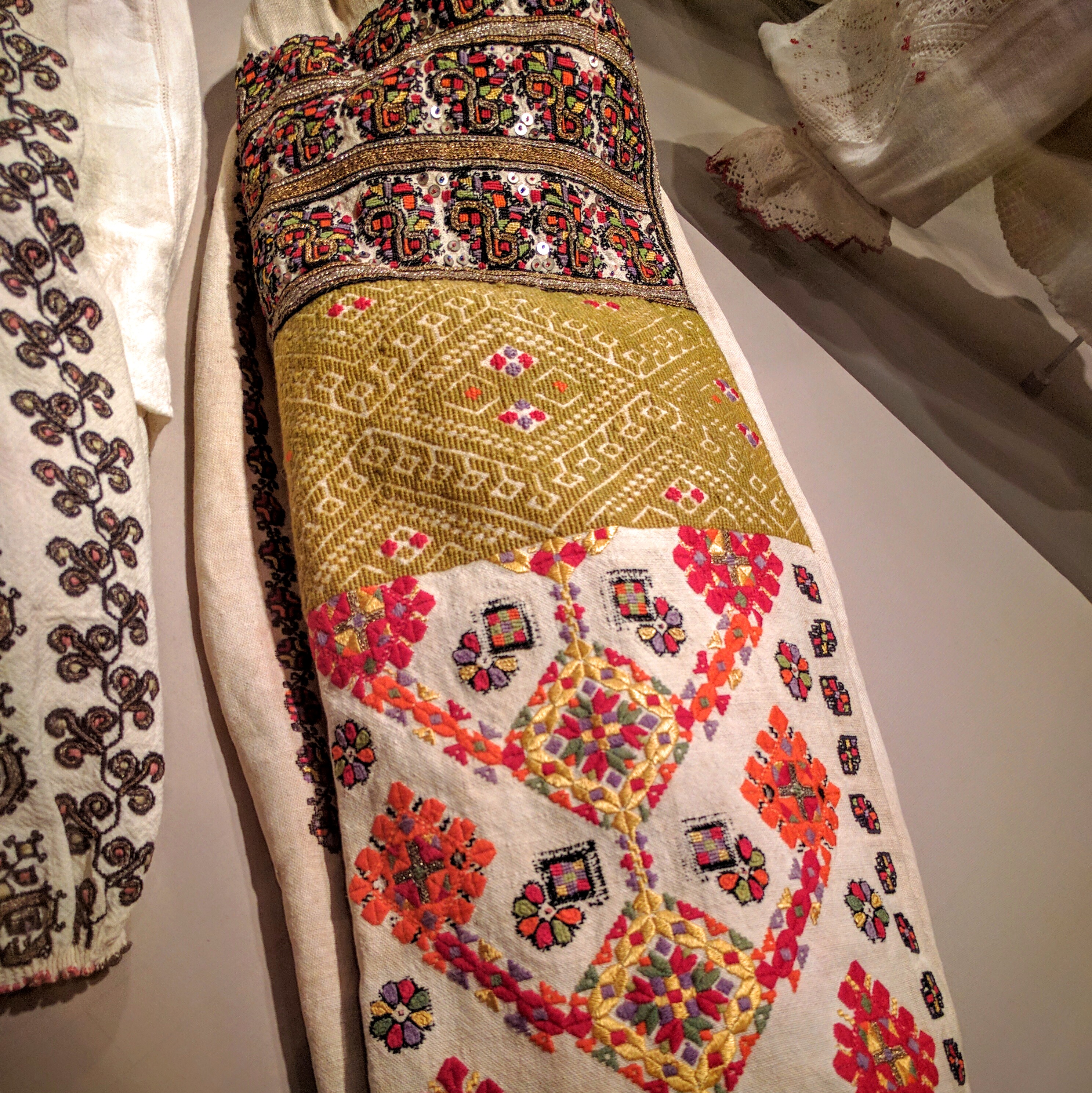 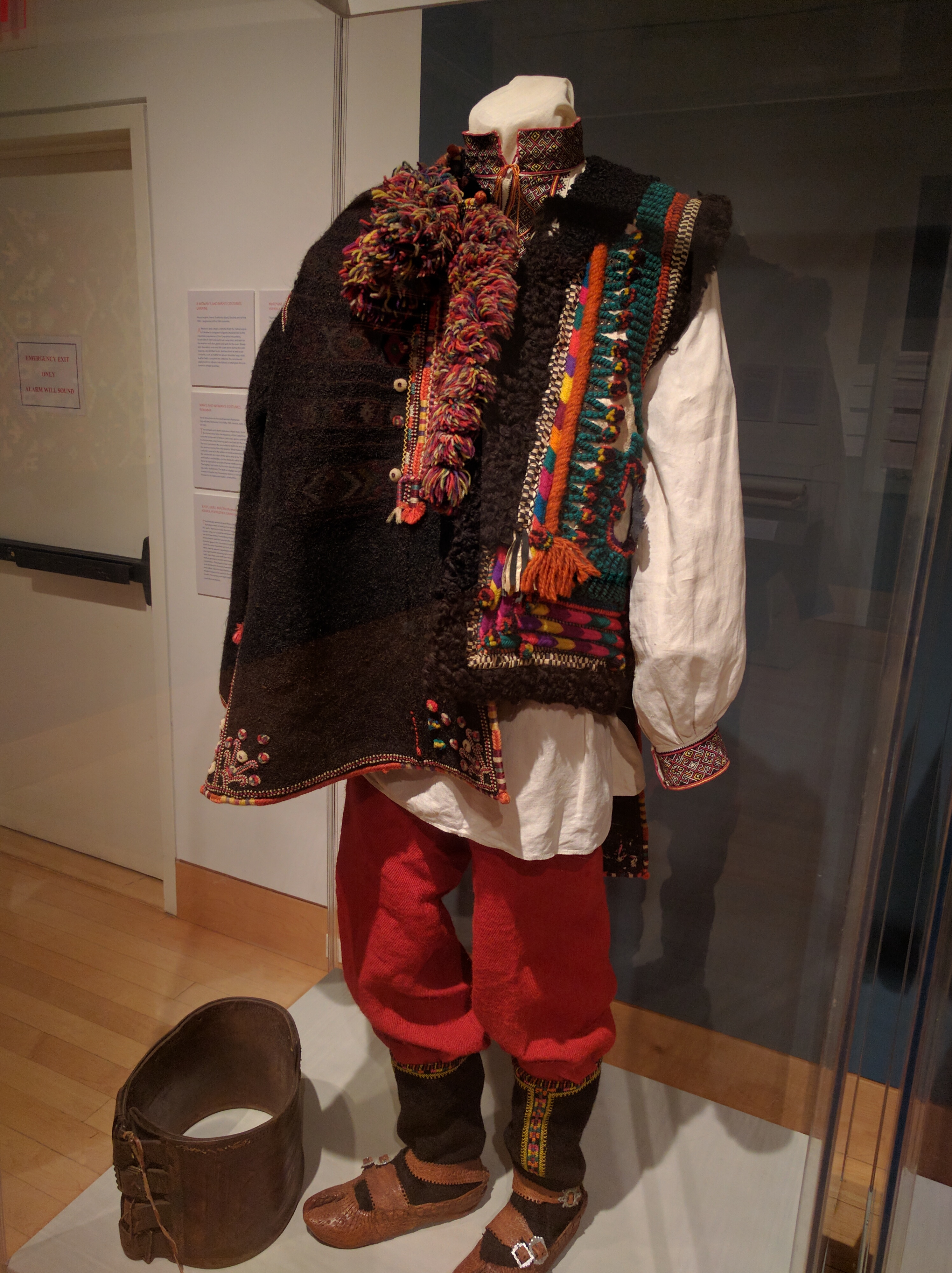 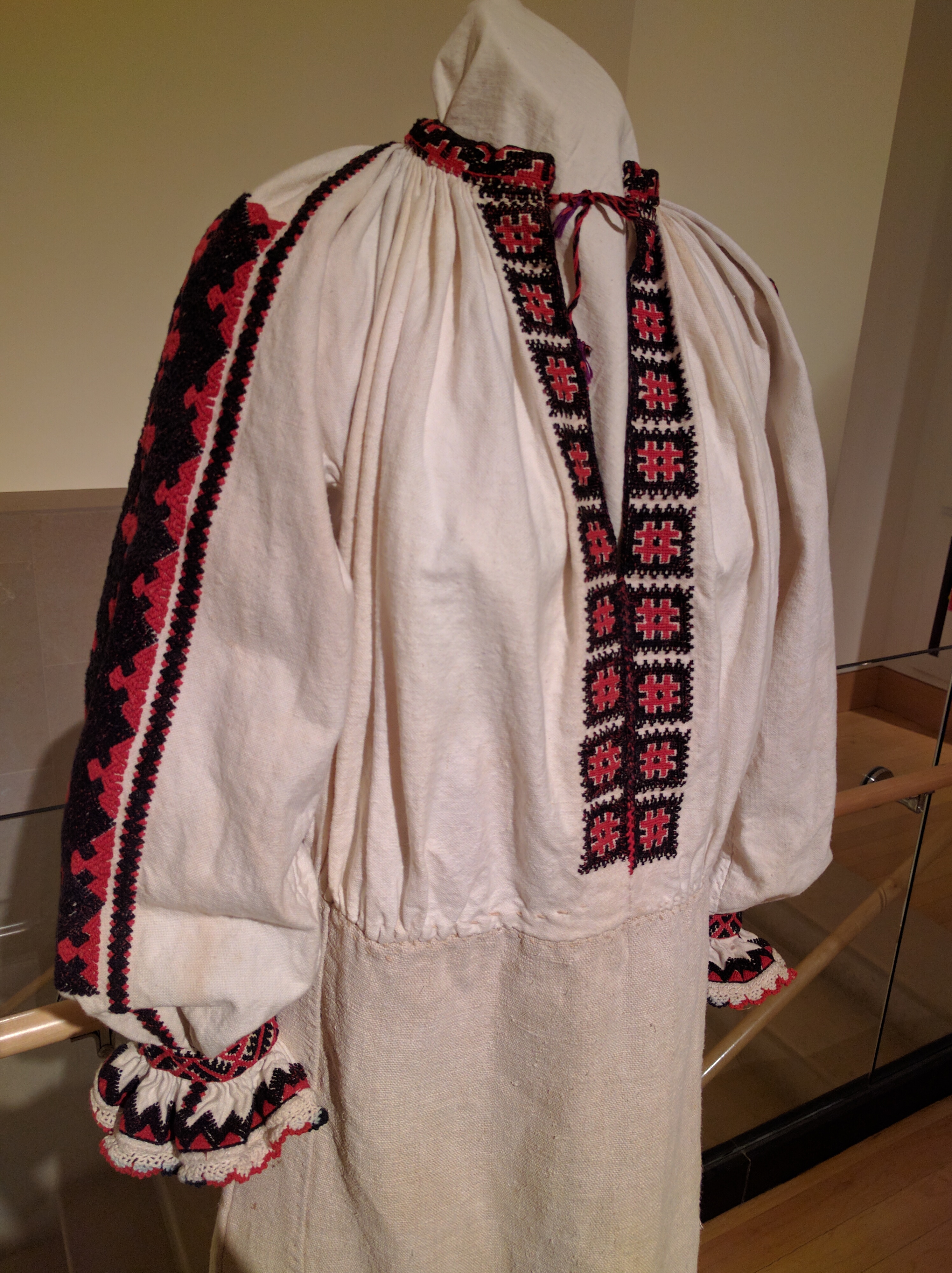 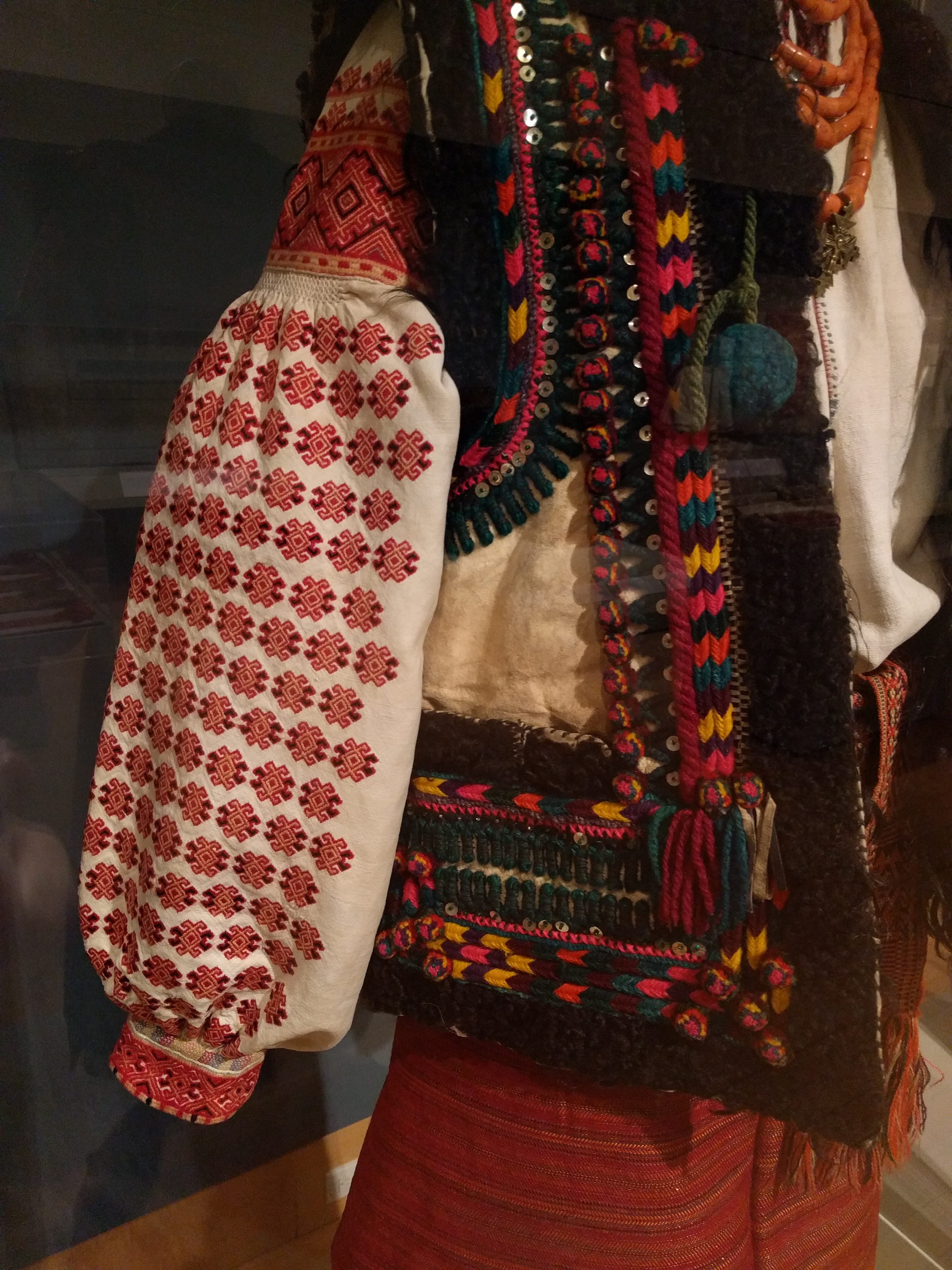 Met Shows off Fashion Masterworks
Show Report: Fall 2016 New York Fashion Week
Slideshow: A Session With the Embroidery Coach
Is It Time to Buy a Multi-Head Machine?
How to Digitize for Multi-Head Embroidery Production
Q&A: Understanding the Embroidery Machine Picker