Last month, we invited the three Fashion Faceoff judges to view the athleisure mini-collections created by contestants at Moore College of Art & Design. Though we won’t be revealing the winners of our contest until the August issue of Wearables, we’d like to share some of the judges’ reactions to the contestants’ work.

Lucy Sanchez created an athleisure mini-collection that played off of geometrical shapes. The leggings and sports bra in the women’s look featured mesh panels and a soft, shiny fabric with an almost 3-D holographic pattern. The men’s jacket included a colorful digital print and an exaggerated cowl hood. Her screen print on the white Vantage pullover covered the front and back in shades of blue and green, with Lucy Sanchez’s name imprinted in the center of the design.

The judges particularly liked the unusual hood treatment on the men’s look. “It would be great if there were a fierce zipper on it,” Conrad Booker says. They also appreciated the interesting fabric choice in the women’s garments.

The screen-printed Vantage pullover had an almost Olympic feel, according to the judges. “The graphics are modern and well-designed for the proportion of the garment,” Pamela Ptak says. Savannah DeVore agrees, though she suggested limiting the “Lucy Sanchez” name branding to the back of the garment and adding an “LS” monogram to the front left-chest to give better balance to the garment.

Overall, the judges liked the cohesive feel of the pieces. “There’s a lot of depth to the color story,” Booker notes. 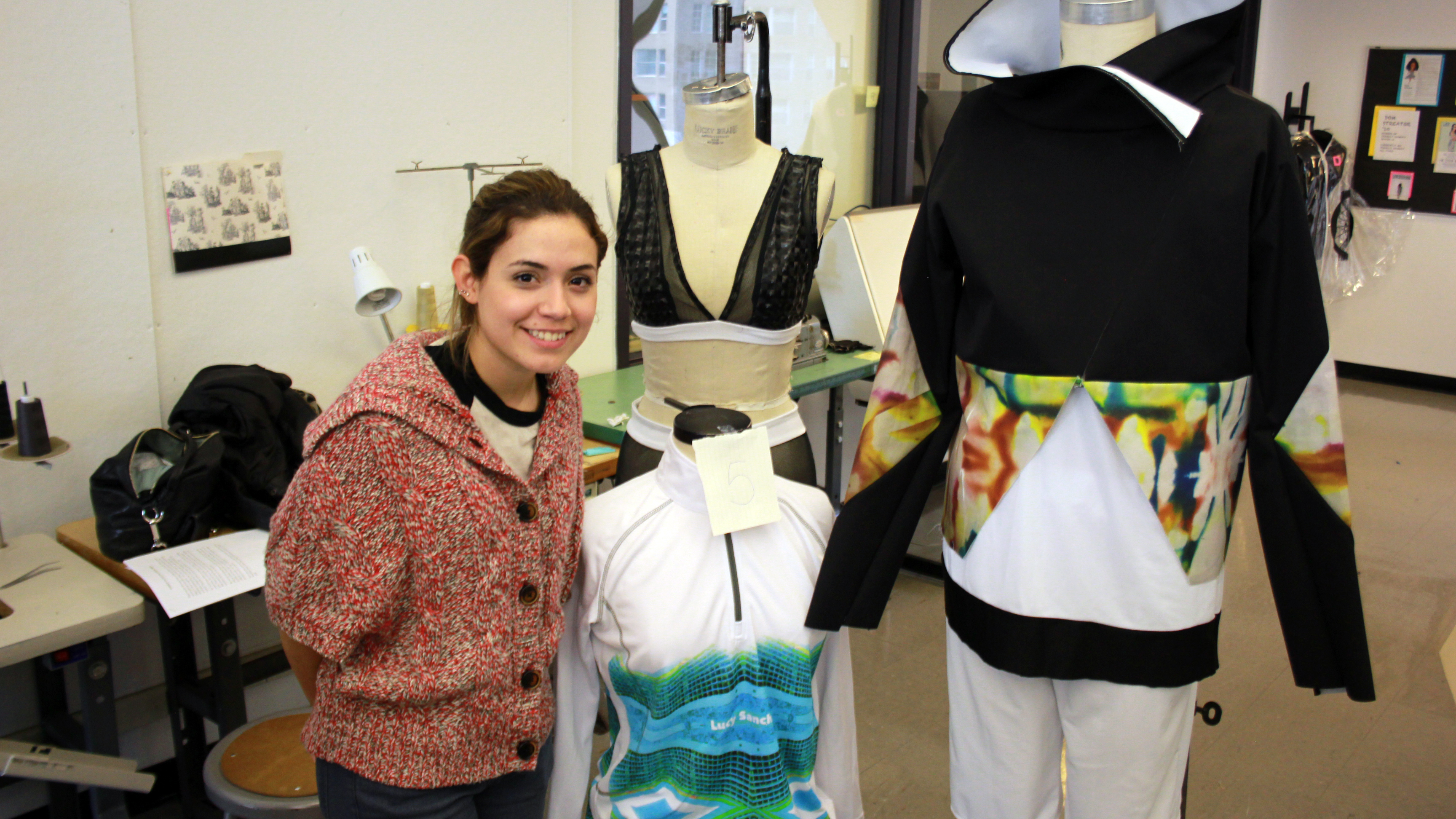 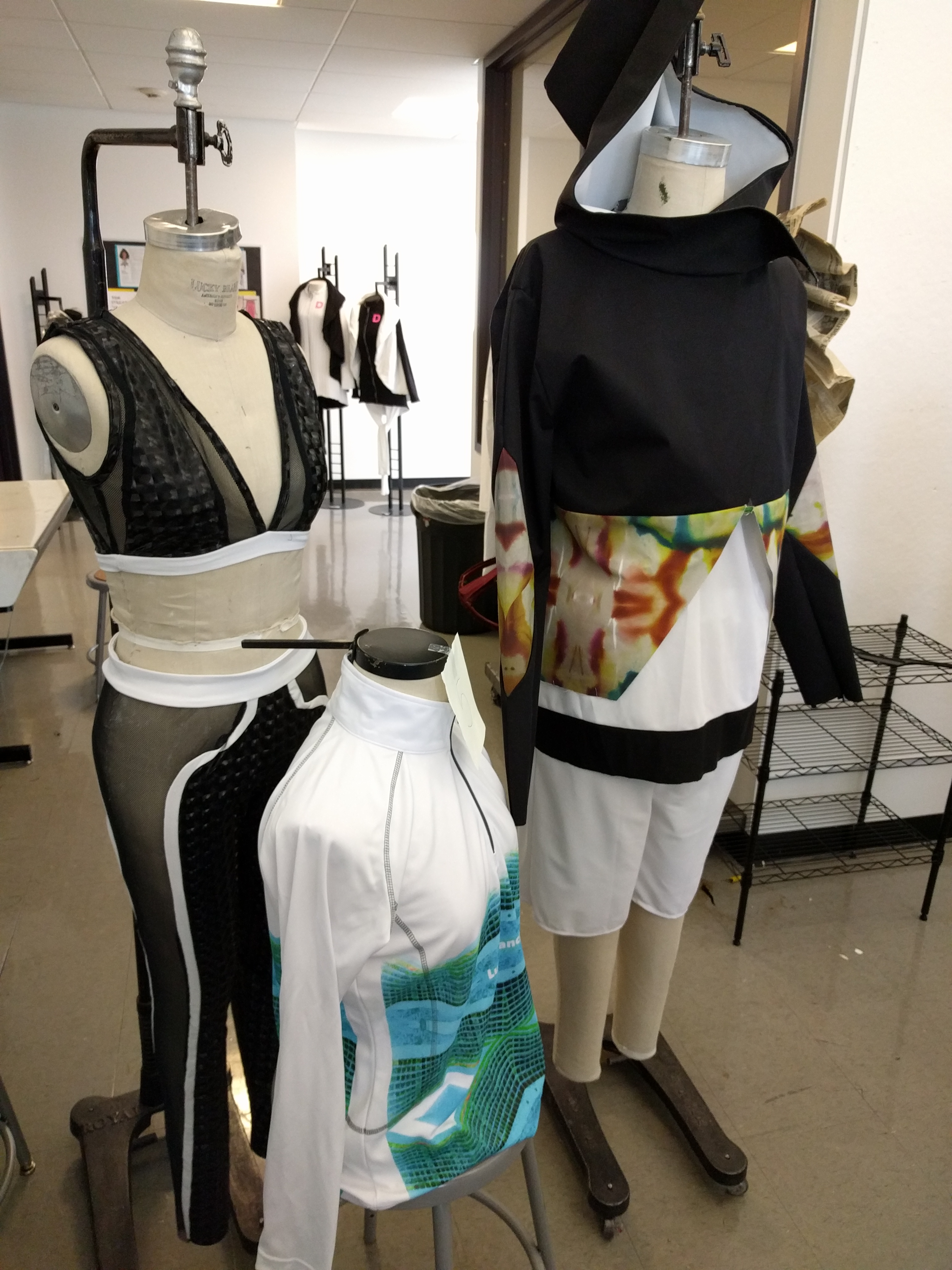 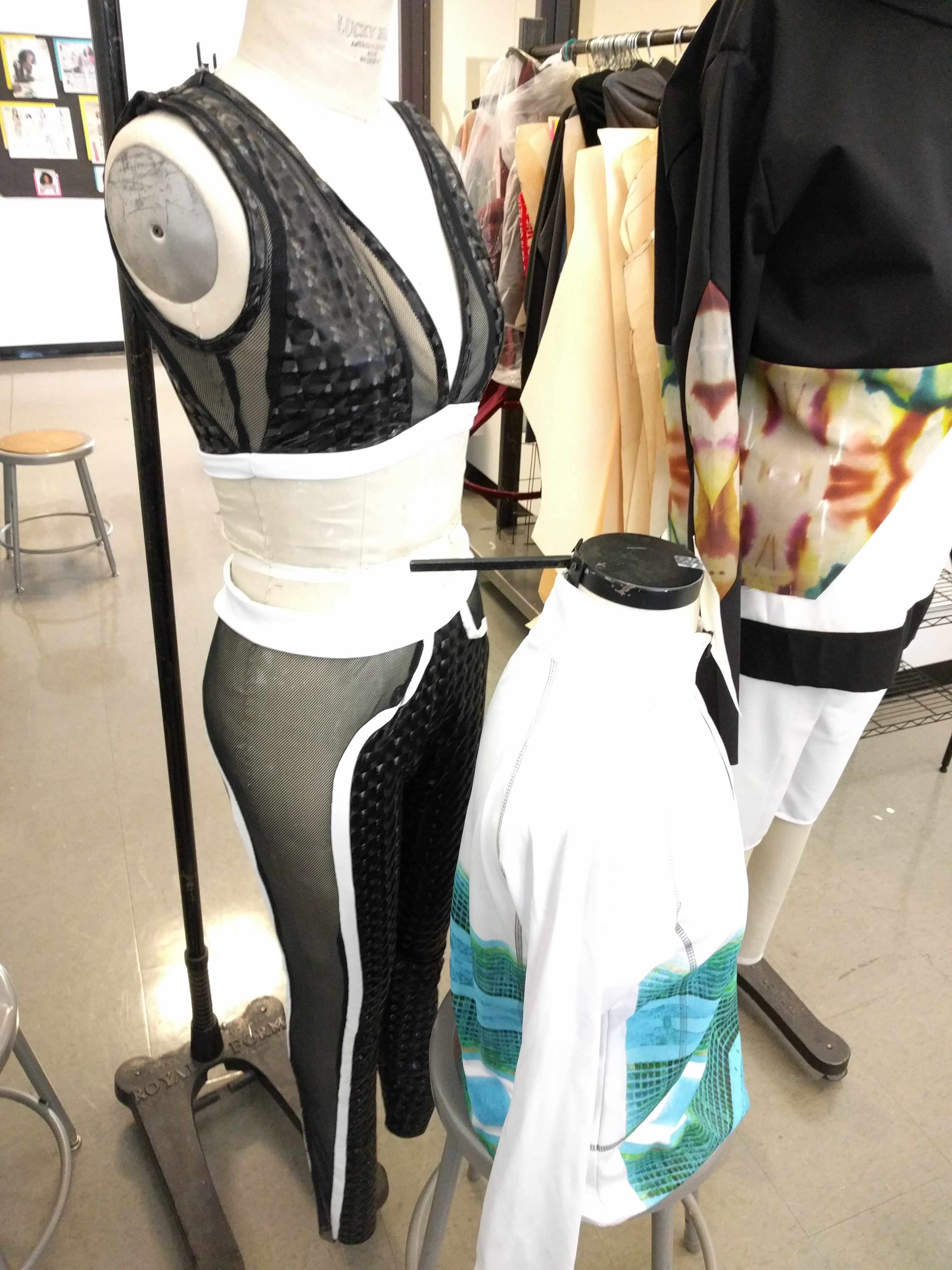 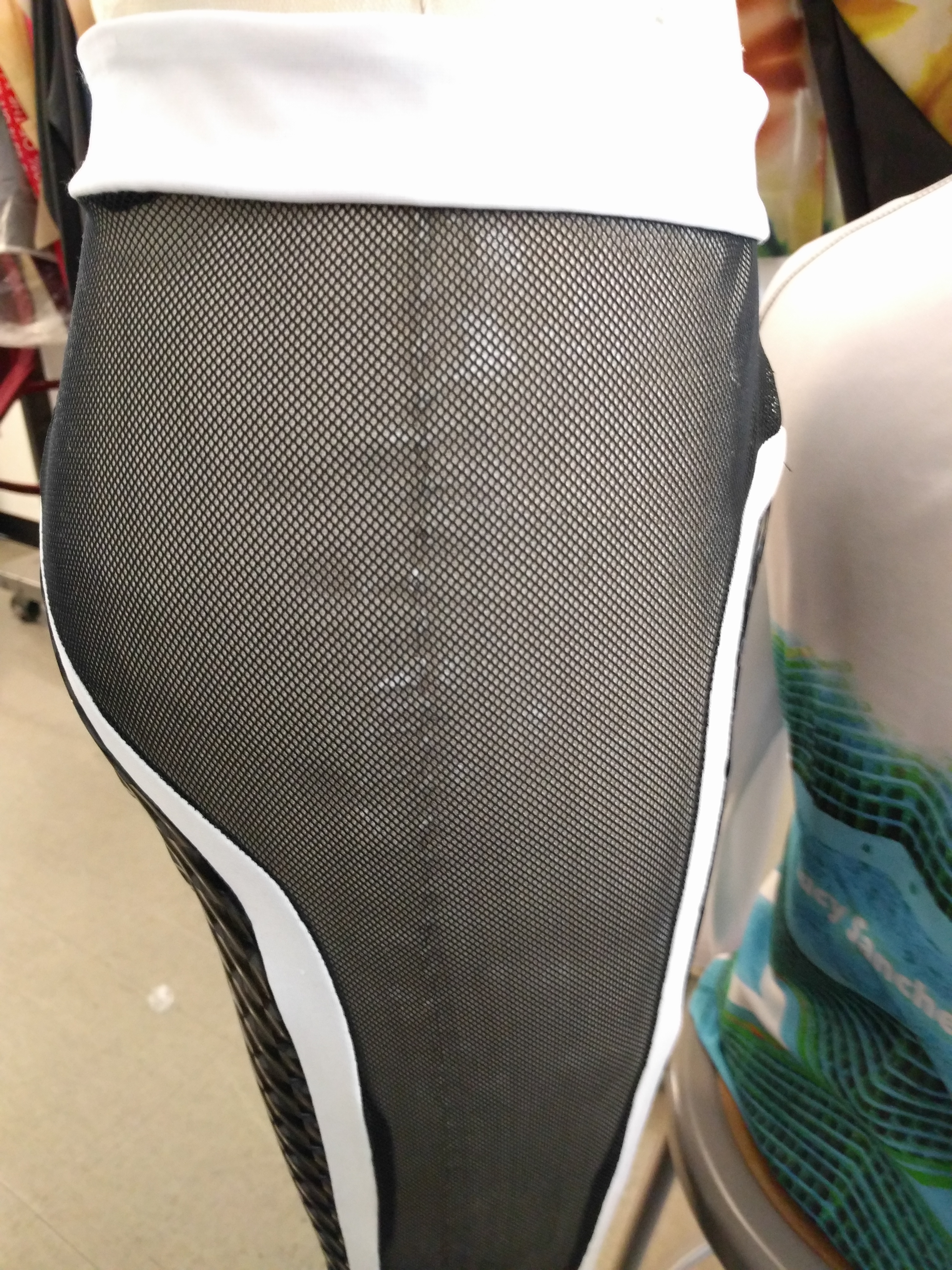 A closer look at the mesh detail on Lucy Sanchez's women's athleisure look. 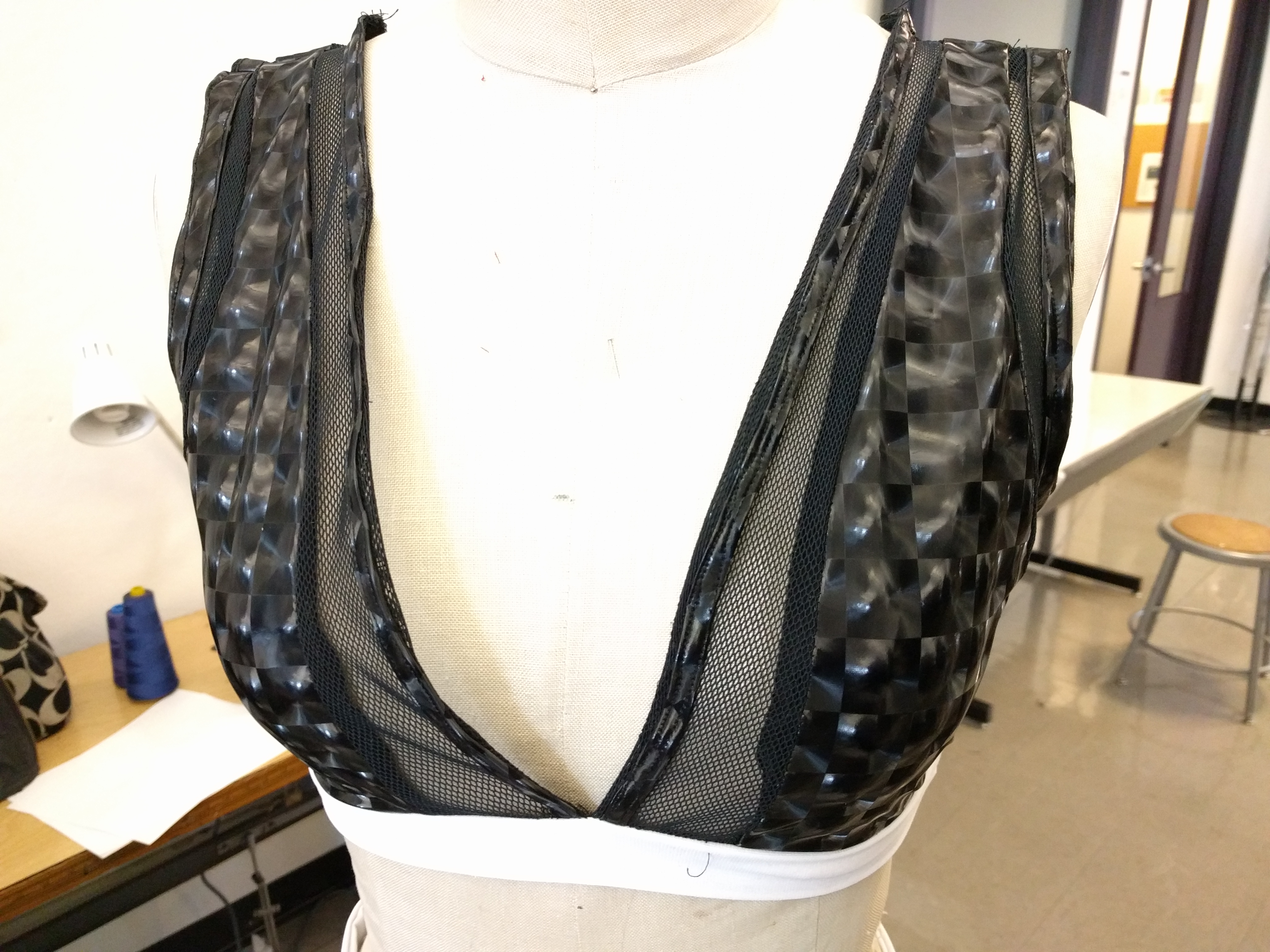 A closer look at the sports bra top of Lucy Sanchez's athleisure look.