Staying Ahead of the Curve

The businesses best able to weather change – pandemic-related or not – cite collaboration, flexible planning, technology and diversification among their key attributes.

It was over a year ago that the pandemic first pushed promotional products companies to the brink. To survive, distributors and suppliers had to adapt and get creative. They made new products, serviced new markets, even launched completely new business models. In short, they reinvented themselves.

ASI Media is celebrating that resourcefulness with “Reinvention Week” – a series of stories that honor promo’s ingenuity and explain how to stay agile in the face of future challenges.

The Association of National Advertisers (ANA) dubbed “pivot” the marketing word of 2020. Whether that overused term has become like nails on a chalkboard to you or still just conjures up snicker-worthy images of sofa-stairwell sitcom shenanigans, it’s undeniable that the businesses best able to survive and even thrive during this lingering pandemic have excelled at adaptation and will certainly use the past year as a learning experience as they strategize for the future.

“There’s a tremendous opportunity to take the lessons learned and apply them not just in some emergency situation but use them in regular monthly business practices,” says Ryan Sauers, owner of Sauers Consulting Strategies. “Some companies are going to look at things differently and not be so scared to try something new, but some will go back to the way they’ve always done things. It takes a special breed to want to keep pushing the envelope when you don’t need to.”

The need to be agile and responsive is a common refrain among business leaders; no one likes to think of or describe their company as slow-moving and inflexible. But what exactly does it mean for a company to stay nimble in the face of countless curveballs?

The companies that were most prepared to weather the challenges of COVID attribute their agility to several key areas: a collaborative, team-centered leadership approach; a focus on diversification; a willingness to embrace new technology; and a commitment to robust – but not rigid – strategic planning. They have a strong sense of who they are as an organization, but also aren’t afraid to change things up when the situation calls for it. That mattered more than ever in 2020, and it will continue to matter in the years ahead.

Assembling the right team and giving them the autonomy and resources to succeed is critical. Michael Kalman, CEO of digital advertising firm MediaCrossing Inc., intentionally built his company with a “decentralized team approach,” rather than a top-down mentality.

“In older organizations, a team would make recommendations to management, and management would decide whether to go ahead with them,” Kalman says. “In our world, the team self-assesses a project before it gets to me, so I’m not a bottleneck. I really do rely on the team.”

Read the other published stories in this series:
Reinvention Songs: Inspiring Tales From The Pandemic

But, for that structure to succeed, “You’ve got to hire the absolute best people and trust them,” Kalman adds.

It’s a strategy that’s also worked for Sarah Johnston, owner of Fairfield, OH-based distributorship PromoSpark (asi/349939). She looks at her staff of a dozen as a team rather than merely her employees. “We’re in this together,” Johnston says. “I’m reaching out to them for brainstorming and collaboration versus just making executive decisions without input. Something I might not think of another person could. That could be a game-changer for the company.”

It’s also a good idea to consider the secondary skillsets your staff already has – areas they may have worked on in previous jobs that they haven’t yet had to utilize in their current position. Mike Brugger, president of Florida-based Top 40 distributor Fully Promoted (asi/384000), says he’s continually reacquainting himself with his leadership team’s resumes and the positions they’ve held prior to joining Fully Promoted. That came in handy during the pandemic when the company had to quickly shift gears to support its franchisees. “One of the things we did was retool our vendor and leasing departments immediately because the economy in some states was at a standstill,” Brugger recalls. 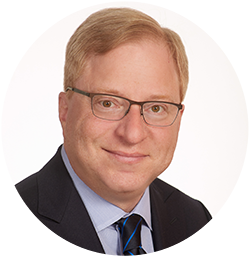 “If we get good about figuring out trends, we’ll have a business that’s always able to stay on the edge of innovation.” Michael Kalman, MediaCrossing

So, the person who would typically hunt out locations for new Fully Promoted shops pivoted to helping franchisees renegotiate their leases. Brugger also found someone on his team equipped to handle the PPE sourcing that was so crucial to the promo industry’s survival last year. “My purchasing person used to do importing and exporting,” he says. “I really hadn’t needed that up until last year.”

Adds Brugger: “If the past year has shown us anything, it’s that you want to have people on your team that can jump from one area of the business to another.”

Companies should invest in cross-training their team – a smart strategy at any time, but particularly critical if quarantining puts various staffers out of commission for two-week spans. Encouraging your staff to develop and enhance their skillsets – and giving them the time and resources to do so – is another way to increase adaptability. “It’s important to incorporate upskilling practices,” says Miles Beckler, an entrepreneur and business consultant. “Not only does this keep your employees learning with your company, but it gives them opportunities to grow and develop their careers. This is beneficial for all involved: It safely positions your company as an inventive player in the market and equips team members with the skills to make change happen.”

‘Don’t Put All Your Eggs in One Basket’

Johnston learned the benefits of diversification early on. PromoSpark began life about two decades ago, with a focus on the Greek industry. Johnston and her husband started the business right out of college, so campus life was easy for them to relate to at the time. About a decade ago, Johnston’s husband left PromoSpark to start another business, and Johnston decided to diversify into other markets, shifting away from Greek life and focusing more on business-to-business sales and nonprofits. “We saw the writing on the wall and had a few experiences where you don’t put all your eggs in one basket,” she says. “You don’t want to have too many of one customer type taking up a large portion of your revenue.”

That push to diversify years ago helped PromoSpark when COVID struck last year. “Our business took a hit in the beginning,” says Johnston, “but it didn’t get hit as much as some of the other companies in the industry.”

Part of Fully Promoted’s COVID strategy involved retooling inventory to start selling additional products – including masks, PPE and more inexpensive T-shirts, Brugger says. At the height of the pandemic, the corporate office was sending out two updates each day to franchisees with fresh information on new products and vendors, he adds.

Diversification can also play a role in the sourcing and manufacturing side. Many suppliers work to create distributed manufacturing bases, spreading production over multiple locations. That way, if a weather event – or some other disruption – occurs at one site, manufacturing can continue at another.

Technology, of course, has been one of the oft-cited winners of the pandemic. From videoconferencing platforms to seamless e-commerce apps, those businesses that offered ways for people to work and transact remotely were able to reap the benefits of a homebound populace.

“Nobody could have predicted COVID, but it really did separate the companies that were ready for frictionless transactions,” Kalman says. E-commerce enablers such as Shopify gave many retailers an easy way to reach their customers, and companies like Zoom developed a platform that was gaining in popularity even before the pandemic. “Zoom is the perfect example of a crystal ball business,” Kalman adds. “Even in good times, people were trying to limit their travel. Zoom had a solution that was somewhat future-proof.”

In the past, the promo industry has often lagged behind prevailing technology. But companies that were still relying on paper forms or even email, rather than cloud-based solutions, were at a vast disadvantage going into 2020, Johnston says.

“I think that our industry, and I say this politely, has not done a great job at keeping up with technology,” Johnston says. “We’re behind the times on what the average customer experience is compared to other businesses in the market. Everybody wants an Amazon experience. They want the updates, the instant checkout and the ability to have an easy experience. Amazon has set that bar really high for all of us.” 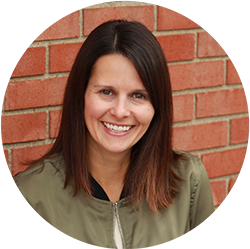 “I love technology, even though I’m not a programmer or engineer by any means. But I understand it and how it can improve my business and my customer’s experience.” Sarah Johnston, PromoSpark

It’s important, she adds, for business leaders to embrace technological advancements, rather than shy away from them.

“I love technology, even though I’m not a programmer or engineer by any means,” Johnston says. “But I understand it and I understand how it can improve my business and my customer’s experience.”

Because PromoSpark was fluent in technology, the distributor was able to switch its team to remote work “on the drop of a dime” and also quickly launch online company stores for its B2B clients during COVID.

How often have you heard the word “unprecedented” paired with the pandemic and its far-reaching socioeconomic consequences? While it’s certainly true that nobody was predicting COVID, companies with foresight already had plans in place for how to deal with catastrophic situations – whether it was a weather-related emergency, a pandemic or some other yet-to-be-defined scenario.

Continuity planning has always been a crucial aspect of Facilisgroup’s overarching strategy, according to David Rehg, senior vice president of operations for the St. Louis-based software-as-a-service company. “Innovation can’t stop because of a hurricane or tornado or pandemic,” he says.

It’s important to brainstorm all the ways things can go wrong and come up with plans of how to handle those situations without disrupting service to your clientele, Rehg says. Also crucial, however, is keeping those emergency protocols top of mind so they’re easily implemented when needed. “You have to talk about it more than just once a year,” he says. “We’ve got to live and breathe it every day, no matter the situation.”

Rehg likens it to a school fire drill: “We’ve practiced this. Now, we just have to put it in place and execute.”

Smart financial planning has also been a factor in companies’ longevity. Johnston, for example, has been conservative when it comes to PromoSpark’s growth. “We strategically planned our building space and overhead,” she says. “If there’s a downturn in the economy, we haven’t overextended ourselves.”

Agile companies are always looking to the future and planning, rather than reacting to what’s already happened. Kalman calls it the Wayne Gretzky school of thought – skate to where the puck is going, not where it is now. “If we get good about figuring out trends, we’ll have a business that’s always able to stay on the edge of innovation,” he says. “You always have to be thinking about the next step, introducing new products. The moment you take your foot off the pedal is the moment there’s going to be a new entry that disrupts your business.”

As we’ve learned over the last year, the pandemic doesn’t have a simple on/off switch to toggle life back to the way it was in January of 2020. “You can be optimistic, but you have to plan for what if it doesn’t go that way,” Sauers says. “You’ve got to start with a blank-piece-of-paper mindset. We don’t know what’s next. You’re kind of living in a crisis. You’ve got to have quick, adaptable, flexible planning. You’ve got to be ready to move quickly and change quickly – to pivot and pivot and pivot again. It’s not just one move, it could be 12.”

Read the other published stories in this series:
Reinvention Songs: Inspiring Tales From The Pandemic