With the streets of Philadelphia crowded with journalists, delegates and political activists of every stripe at this week’s Democratic National Convention (DNC), resourceful entrepreneurs had to go the extra mile to stand out.

For the grassroots political action committee (PAC) FirstLadyBill.com, that meant having a man shimmy into a chic red dress, blue pumps, pearl bracelet and an oversized Bill Clinton mask. The former president in drag stationed outside the Pennsylvania Convention Center was certainly an attention-getter, with crowds of passers-by flocking to take selfies with Hillary’s husband and buy their own “First Lady Bill” T-shirt. Luke Montgomery, a spokesman for the PAC, said the shirts were a no-brainer. “This election is all about making ‘herstory’ by putting the first woman in the White House, and what better way to do that than by having fun with the idea of Bill for first lady?” he said.

The group was selling the T-shirts at $20 apiece to help fund a college campus tour to get the vote out for Hillary Clinton this fall. Montgomery said the PAC brought about 1,000 tees to the DNC and had already sold several hundred. “People love it,” he added.

Zach Wahls came to the convention to sell the playing cards his sister, Zebby, had designed. “The Woman Card[s]” were inspired after Republican presidential nominee Donald Trump’s accusation that Hillary Clinton was playing the woman card. “My sister wanted to create something positive out of that,” Wahls said. The siblings initially raised more than $150,000 on Kickstarter to create the deck, which features 15 original, hand-drawn portraits of American women. Clinton is the ace in the deck; other famous faces include Supreme Court Justice Ruth Bader Ginsburg as the king, Beyoncé as the queen and astronaut Sally Ride on the deuce. The jokers depict actresses Betty White and Ellen DeGeneres. On the first day of the convention, Wahls said, he sold about 200 decks.

Artist Mark G had set up a larger-than-life portrait of Hillary Clinton outside the convention center, encouraging people to sign their names in the background. It was meant as a healing gesture, he said. Mark G was also giving away smaller copies of the drawing, asking for donations to help cover his costs. “It’s not about making money,” he said.

Other items of note at the DNC included a batch of “Bernie head” cookies, complete with thick glasses made of black icing, and sheets of metallic, Hillary-themed temporary tattoos with slogans like “Run Like a Girl” and “Pantsuit Up.” Buttons were also a hot item at the DNC. 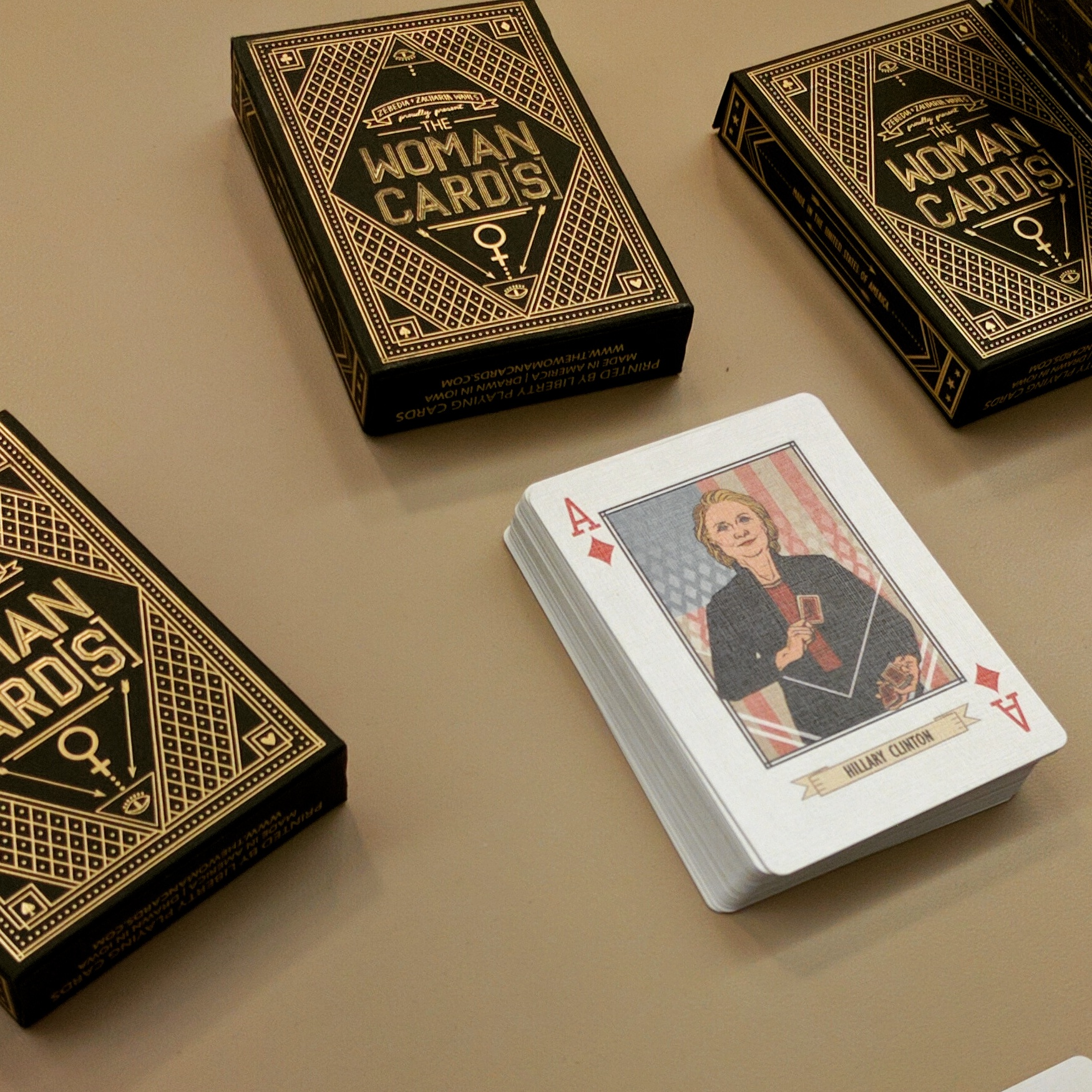 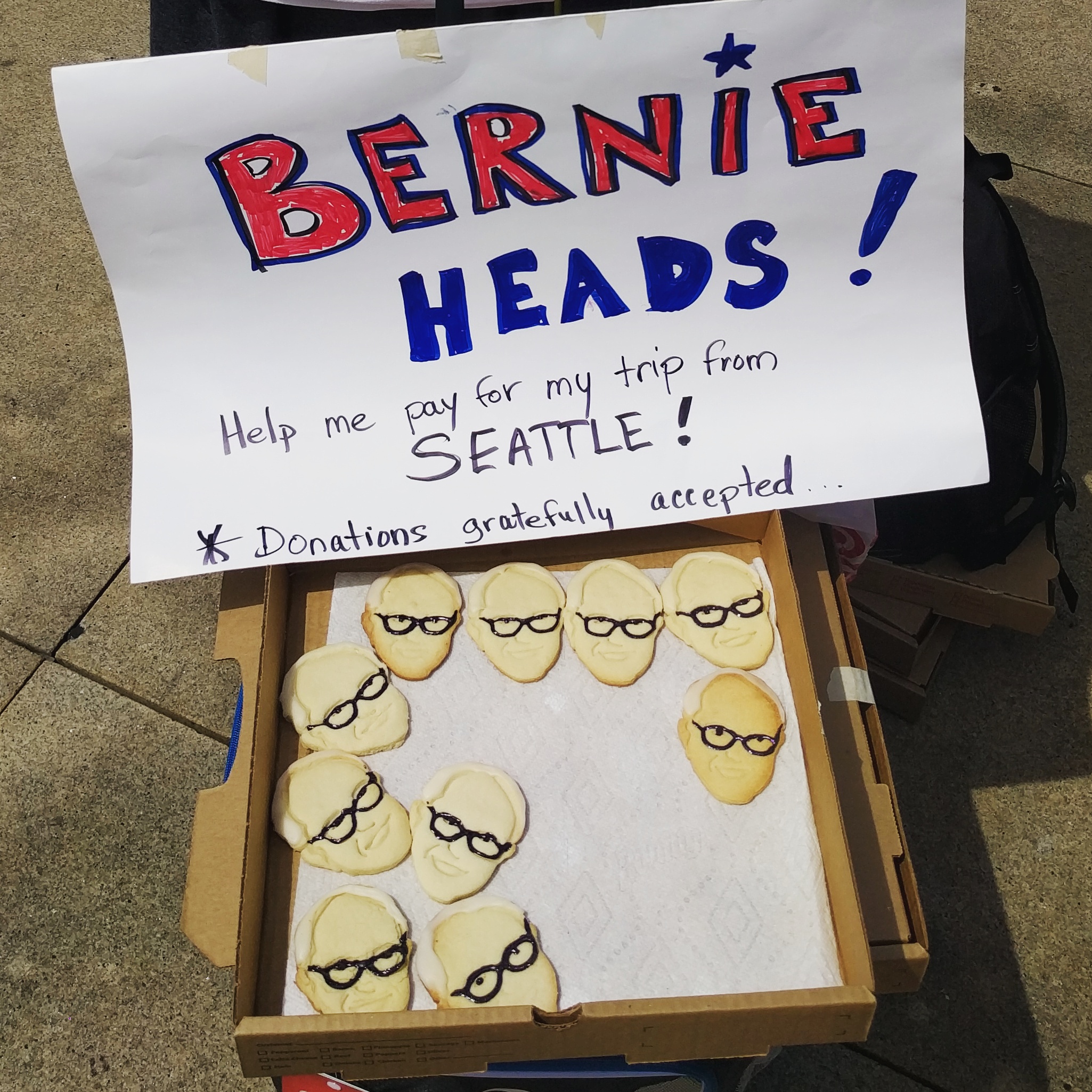 One "Occupy DNC" protester was giving away Bernie Sanders cookies, asking for donations to help fund her trip from Seattle. 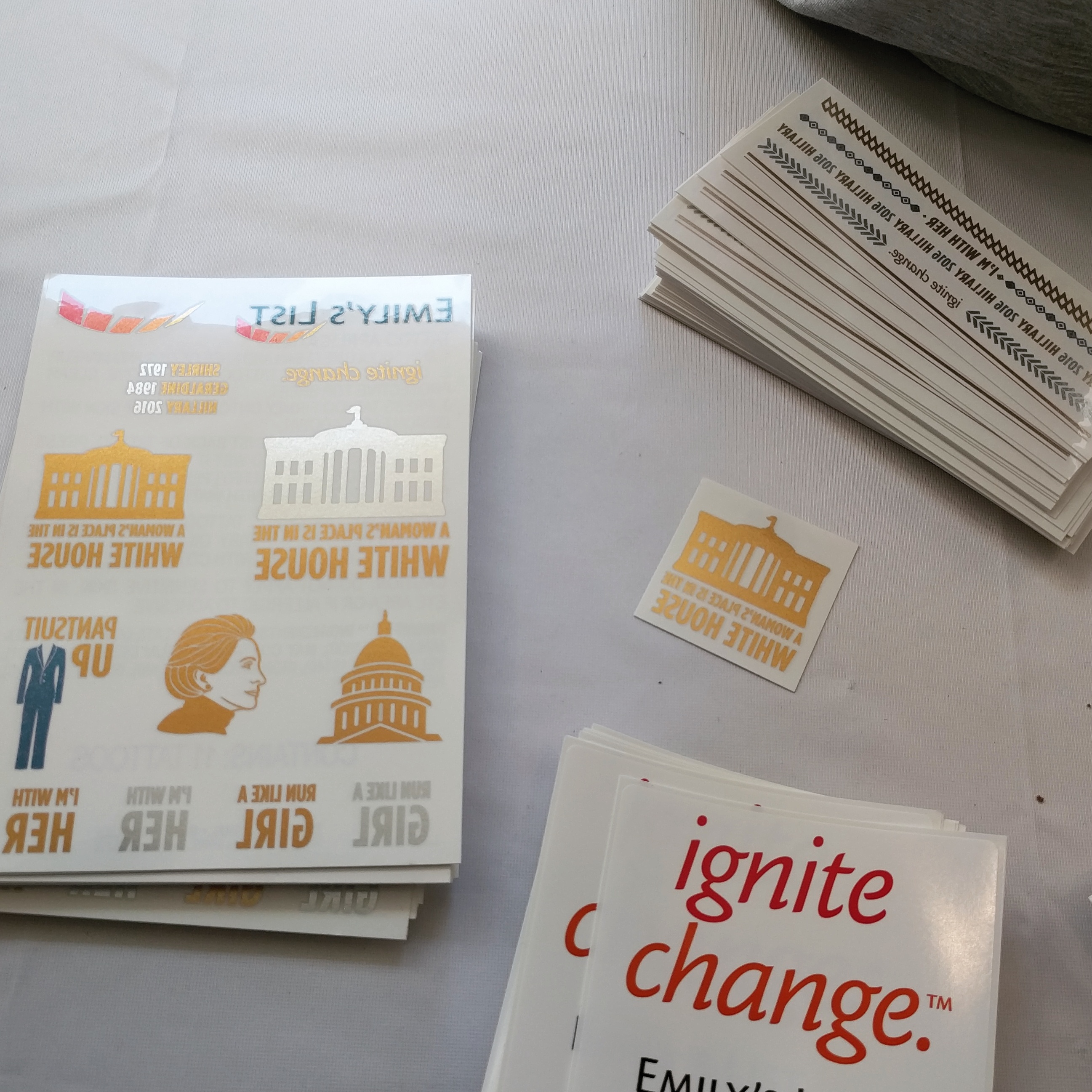 These metallic temporary tattoos were being given away by pro-choice group Emily's List. 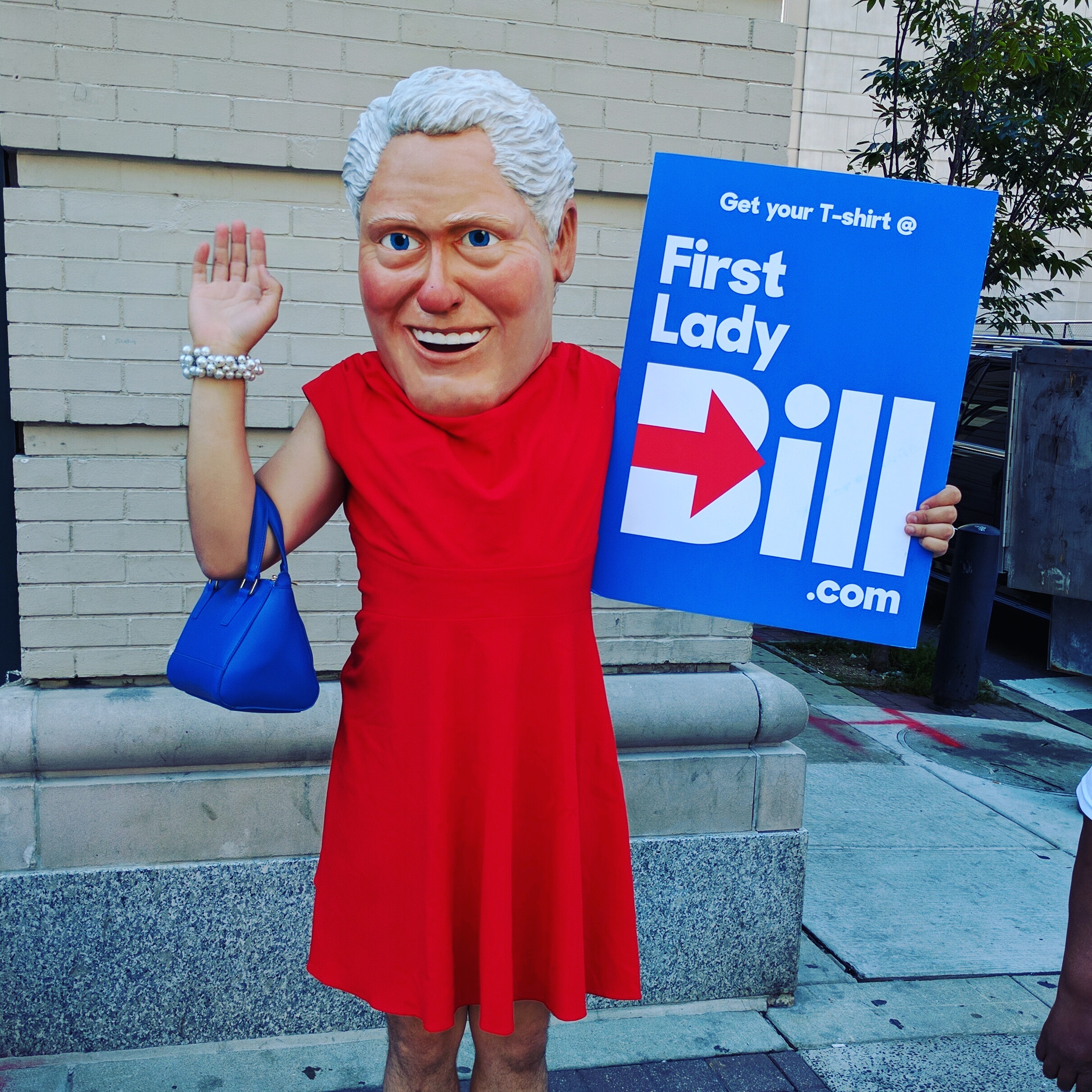 First lady Bill Clinton was a hit at the DNC. 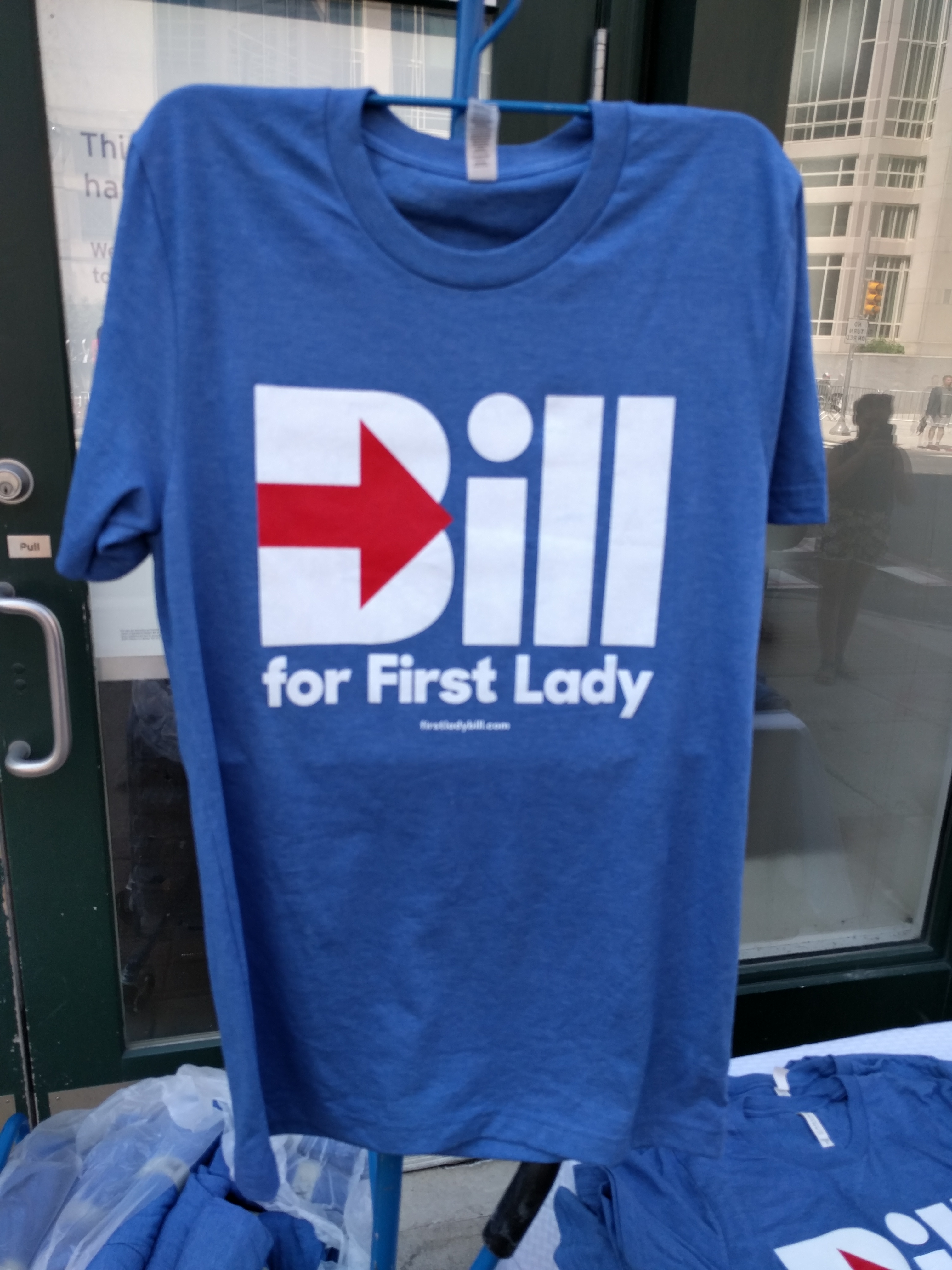 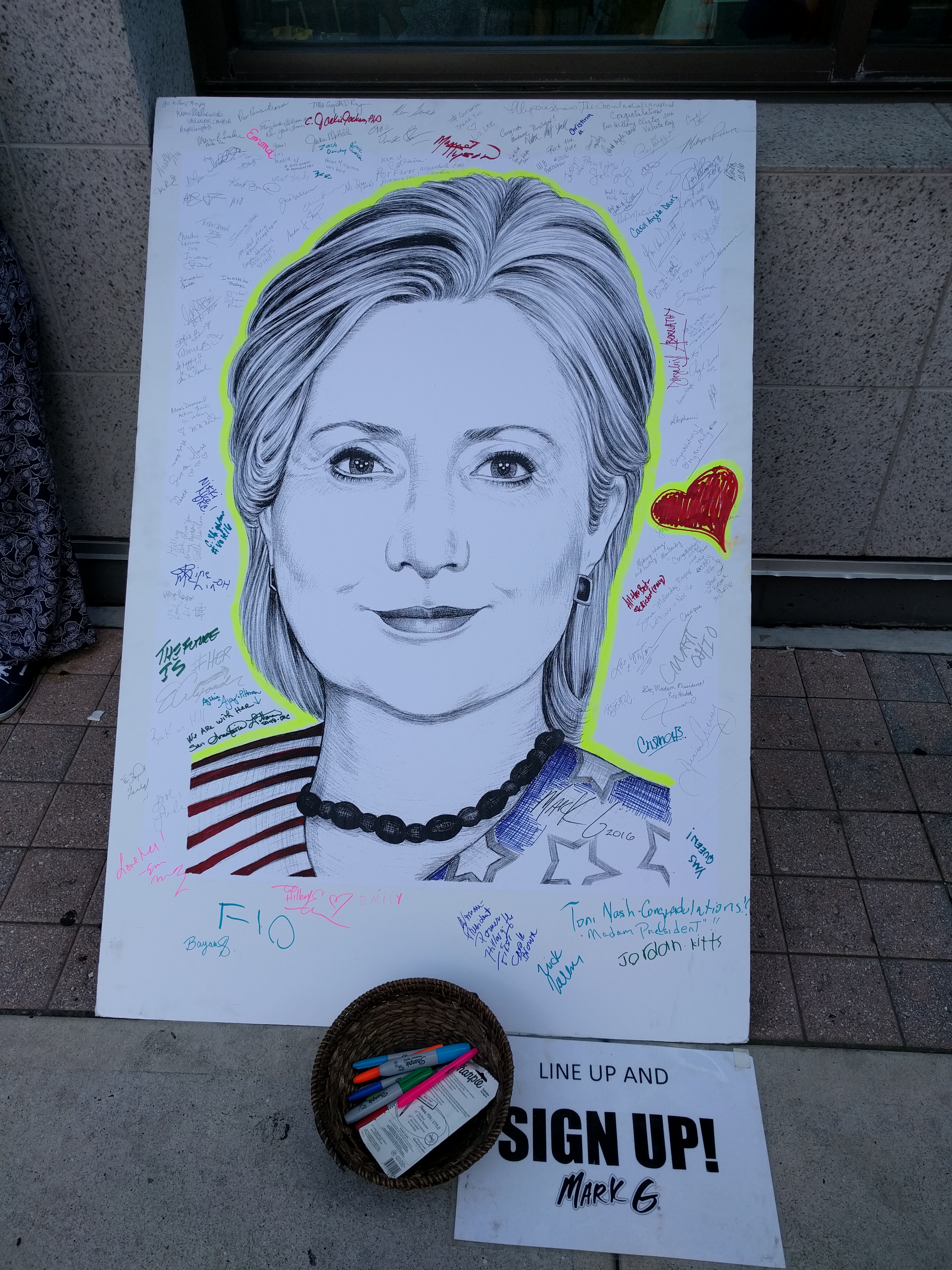