When Will Promo Sales Bounce Back?

Despite how bad things are now, industry execs are optimistic that the beginning of a rebound will come later this year.

The first quarter of 2020 was shaping up handsomely for the promotional products industry. Research from ASI indicates that, through the year’s first 10 weeks, promo distributors’ collective sales were tracking up over 2019.

Then the coronavirus invaded American shores.

It’s no secret what happened next. Data from ASI Research showing that distributor revenues dropped 4.9% in the quarter (the first year-over-year quarterly decline in more than a decade) only confirmed the damage.

"It’s been brutal," says John Resnick, partner at Boston-based Proforma Printing & Promotion (asi/300094). "We’ve sold some PPE masks, but other than that, sales of everything else for us have been way off."

Despite the hardships, Americans are holding firm to the belief that we’ll make it out of this before long. But that’s perhaps the only thing that distributors can view with certainty. When will sales start bouncing back, or even return to pre-crisis levels? Which markets are likely to begin buying first? And what exactly will be our "new normal?"

There’s widespread agreement among leaders at promo firms large and small that annual distributor sales will fall below the record-setting tally of $25.8 billion achieved in 2019. Some think total revenue will drop by half or more. Most executives Counselor spoke with forecast the decline will be somewhere between 25% and 40% this year.

Promo leaders note that the industry tends to trend in the direction of the United States’ gross domestic product. The International Monetary Fund predicts that U.S. GDP will sink 5.9% in 2020. The second quarter, during which the economy was set to remain in at least a partial coma, figured to experience drops in economic activity so severe that they have no modern precedent. JPMorgan economists were predicting a 40% decline in annualized real U.S. GDP in Q2.

Distributor expectations for the rest of 2020 have declined significantly from January and continue to trend downwards.

Promo stood to be hit particularly hard in the quarter, as many marketing budgets froze and conferences, trade shows and other events that are manna to industry sales remained in suspended animation.

"If the low level of volume we’re experiencing as an industry of late persists for just a few months, that translates into a decline of around $5 billion," says Mike Wolfe, CEO of Chicago-based Top 40 distributor Zorch (asi/366078). "Combine that with a market that will likely be impacted by a recession for a major portion of the remainder of the year, and I think it’s reasonable to assume that a decline of twice that figure is very possible."

When Will Sales Return?

While a sales-starved stretch of months could well slash distributor revenue for the year, industry executives are optimistic that the drastic dearth of business experienced at Q1’s end and part of Q2 won’t last the whole of 2020. Many predict that improved selling conditions will return in the year’s third and fourth quarters. The economists of JPMorgan back up that assertion, forecasting annualized real U.S. GDP growth of 23% in Q3 and 13% in the fourth quarter.

"I think interest in promo will return by the fourth quarter this year. I think there will be budgets to express thanks for the many employees who went above and beyond the call to make the best of what we’re going through now," says Brandon Mackay, CEO/President of West Jordan, UT-based Top 40 supplier SnugZ/USA (asi/88060).

Stephanie Ward, president of Greensboro, NC-based distributor Print Plus Inc. (asi/301761), thinks the earliest promo sales could return with force would be September. "Prior to that, I think our buyers will be focused on getting their lives back to a semblance of normalcy," Ward says. "There are so many things to figure out. In talking with our clients, they mention their next fiscal year, which for some starts July 1. That’s encouraging."

Eric Simsolo suspects economic activity in the U.S. could start to ramp back up by the summer. "Then it will take the holiday season bump to get us, as an industry, closer to pre-crisis levels," says Simsolo, director of business development for Gardena, CA-based Top 40 supplier Next Level Apparel (asi/73867).

Some feel a return to anything close to pre-coronavirus sales levels will not happen in 2020.

"While we ought to see signs of life later this year, it may be late 2021 before the promotional products industry returns to pre-crisis levels," says Marc Simon, CEO of Sterling, IL-based HALO Branded Solutions (asi/356000), the third largest distributor in the North American promo industry. Adds Mackay: "When do I think spend on promo will resemble what we had in Q4 2019? I’d say Q4 2021 at the earliest."

For promo business to resurface in earnest, industry pros believe society needs to establish a "new normal" – a term used repeatedly by executives during interviews with Counselor.

What exactly that new normal will be is an open question, but it boils down to creating a society in which people again feel safe to gather and in which business can proceed without looming threats of additional shutdowns amid potential resurgences of viral spread, executives say.

"If the threat is still there, people will be cautious with spending since they won’t know if we’ll get shut down again," says Jamie Stone, president of Seattle-based distributor Gifts By Design (asi/205947). "Once people start to feel safe and the economy starts to come back, I anticipate that promo business could also come back strong."

"Companies will turn to promotional products to reach their customers and employees to jump-start their recovery." Marc Simon, HALO Branded Solutions

Similarly, Wolfe believes much is contingent on society’s collective sense of security. "Things won’t bounce back until people feel safe interacting with each other," he says. "Unfortunately, the majority of our industry requires human-to-human interaction, so concerns around health and safety will be a drag until they dissipate."

"We keep hearing that a lot of it comes down to testing," says Memo Kahan, president of Los Angeles-based Top 40 distributor PromoShop (asi/300446). "If we can test and start differentiating between the immune versus high risk, we can start getting into the new normal. Confidence is also a key factor. We all have to feel safe when getting out of hibernation."

Simon believes the "consumer needs to feel comfortable congregating in public places before the promotional products industry can be truly robust again. I suspect that isn’t likely until most of the country is immunized, and that’s unlikely to be the case until there’s an effective vaccine."

Even if foolproof public health assurances aren’t in place right away, the untightening of at least some lockdown measures could help get more substantial business churning again for promo, some say. "It’s all relative to when the state and local governments feel comfortable enough to loosen restrictions," Simsolo says.

Any recovery, though, doesn’t figure to be even across verticals. End-clients in markets like trade shows/conferences, live entertainment and travel could take longer to get back on their feet. Some, sadly, never will. "Travel in particular is going to be tough," says Gregg Emmer, VP/chief marketing officer at Batavia, OH-based Top 40 distributor Kaeser & Blair (asi/238600). "I don’t know anyone who wants to get on an airplane or cruise ship."

What Can Distributors Do Right Now?

Regardless of the present reality and what lies ahead, distributors can’t sit on their hands; they need to take advantage of opportunities that currently exist and prepare now to make the most of improving conditions, executives say. 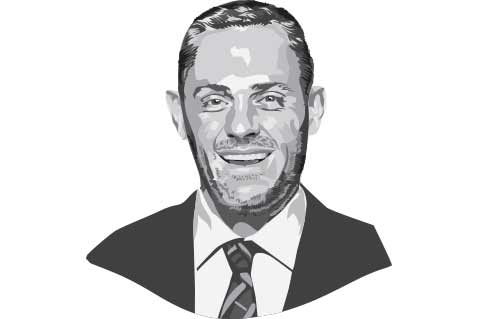 "I think interest will return by the fourth quarter this year. I think there will be budgets to express thanks for the many employees who went above and beyond the call."Brandon Mackay, SnugZ/USA

To produce some sales amid the crisis, many distributors and suppliers alike have pivoted to selling personal protective equipment – a phenomenon poised to continue as long as social distancing measures are in place, and potentially longer after that. "We’ve sold PPE to clients across sectors," says Stone, "including tech, industrial, military and more."

Distributors have also scored some sales of traditional promotional products and print solutions with essential businesses and organizations, such as banks, gas stations/convenience stores, accounting firms, law firms, healthcare entities, credit unions, police and fire forces, and certain manufacturers. In some cases, technology companies have still invested in promo. All such sectors will continue to be viable markets for prospecting as the COVID-19 threat begins to retreat, executives say.

Meanwhile, certain distributors have had success working with mass-market companies – an opportunity that’s also likely to remain after the crisis. "Consumer brands and the ‘Amazons’ of the world are desperate to get marketing materials to their employees and consumers," says Kahan, "and we are focused on servicing them."

We asked distributors: How much of a concern are each of the following to you and your business? (Results indicate significant concern)

Some distributors say online stores for certain clients have been relatively resilient and could perform better with even mildly improved economic conditions. Promo pros also note that, of late, there’s been a need for morale-boosting branded items for work-from-home employees. Initiatives focused on working from home could continue to be in demand after COVID-19, as more companies keep the practice in place to varying degrees.

Even certain restaurants/eateries have placed promo orders. "They want reusable bags for delivery and pickup," says Emmer. The jury is out on how restaurant/service industry clients will fare after the coronavirus, with some promo pros believing sales in the vertical will be depressed. Others think clients in the space whose businesses survive will be eager to invest in marketing to regain their footing.

Notes Wolfe: "Buyers that are making purchases in support of transactional activity – think pens for bank branches, gifts for clients – are likely to return quicker."

Looking to other future opportunities, Gifts By Design is already working with clients on "welcome back" merchandise for their employees. "There is no doubt that many companies will be cautious and hold back until they see that our economy is truly rebounding, but I also believe there’s going to be a lot of pent-up demand, especially for people that have ‘use-it-or-lose-it’ budgets to spend," says Stone. "We are seeing more and more clients starting to ask about products for future events, so I’m cautiously optimistic."

Elsewhere, PromoShop has established what Kahan described as "task forces" that are developing ideas for how to prosper in the post COVID-19 world. "When the world is in such flux," says Kahan, "the opportunities will be vast and quickness to market will be important."

While challenging days remain ahead, Simon believes that ultimately the long-term prognosis for promo is positive. "Other than industries dependent on large public gatherings, most of our country will see significant recovery as the health crisis comes under control, whether through effective treatments, herd immunity or vaccines," he says. "As this occurs, companies will turn to promotional products to reach their customers and employees to jump-start their recovery."

For the first time in more than a decade, promotional products distributors’ collective sales experienced a quarterly decline, dropping nearly 5% in Q1 2020. In this episode of Promo Insiders, Counselor Executive Editor Christopher Ruvo and Nathaniel Kucsma, ASI’s Executive Director of Research & Corporate Marketing, discuss the out-of-the-blue drop, offer insights on how 2020 industry sales will go, and share signs of hope for a revenue rebound.