COVID-19 will change the promotional products industry. Here’s how.

History will be the final judge, but in early spring 2020, the coronavirus pandemic had the feel of a generational-defining moment. The names of those moments in modern American history are instantly familiar: Pearl Harbor. 9/11. The Great Depression.

Prior to the outbreak, the United States economy was on a record positive run, with nearly 130 straight months of economic expansion. The promotional products industry was thriving, too. In 2019, promo distributors’ collective sales rose 4.7% year-over-year to an all-time record high of $25.8 billion, continuing a roughly decade’s long ascent of annual gains.

With trade tensions easing between the U.S. and China thanks to the signing of a “Phase One” trade deal in January, most promo firms were bullish that 2020 would be another year of collective growth for the industry. Counselor’s Confidence Index, which measures distributors’ financial health and optimism, testified to that: It boasted a healthy 112 reading at the outset of the year – not a record high, but light-years better than the 79 noted during the Great Recession in 2009.

But things changed quickly – very quickly. Coronavirus disruption began as a supply chain issue in China, but as the virus spread and turned into a pandemic, it has begotten operational chaos, mass closures, substantial layoffs and industry-wide panic.

“The coronavirus has caused an economic downturn like no other we’ve experienced,” says Ira Neaman, president of Top 40 supplier Vantage Apparel (asi/93390). “Smaller companies with less access to cash or funding will be challenged to keep their doors open.”

In a matter of weeks, COVID-19 has wreaked such a path of economic devastation that it’s clear the impact will last for years to come. The question for the promotional products industry is: Where do we go from here?

In the short-term, the outlook is obviously not pretty. Top industry executives believe more company closures are in the cards. Similarly, they forecast that mergers and acquisitions will proliferate. “So much depends on how long this all lasts. If it’s more than a few months, it’s likely we’ll see radical consolidation, as struggling firms look for partners to help them survive,” says Jo Gilley, CEO/owner of Top 40 distributor Overture Promotions (asi/288473).

“I expect a number of cash-strapped distributors to go out of business,” says Joshua White, general counsel and senior vice president of strategic partnerships for Top 40 distributor BAMKO (asi/131431). “I expect a lot of companies not to be around by the end of this year.”

Joseph Sommer believes mid-sized firms like his New York City-based distributorship Whitestone Branding will be among the hardest hit. “A lot of mom-and-pop businesses will be fine, as they have low overhead,” says Sommer, Whitestone’s owner/founder. “But distributors like mine, with six to 50 people, are going to suffer. We pay healthcare, 401(k) and, in New York City, have to meet a high minimum wage. If the sales well dries up, we have to make cuts. A lot of other distributorships are going through something similar. On the supplier side, with all the overhead they have, I think we’ll see a lot of consolidation and some going out of business.”

Craig Nadel, president of Top 40 distributor Jack Nadel International (asi/279600), opined that “some companies won’t make it out of this. There’s always some change in industry companies, but with this I suspect it will be much higher. We should expect to see some go into Chapter 11 or liquidation.”

For all that though, executives believe there’s likely to be a number of hard-won improvements for firms that emerge from the crisis.

“Many companies will look to diversify their service offerings and customer base,” says Vantage’s Neaman, who started his company in 1977. “Those that had not previously made crisis planning a priority now will. Areas where companies were perhaps lacking have been exposed, but that allows the surviving organizations to fully see those issues and work to solve them for the future. Companies have also had to come up with creative solutions to keep business functioning during down times. This could lead to future opportunities.” 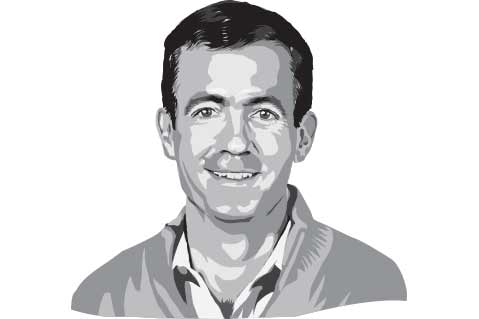 “As tough as things may seem today, we have to remember we’ve recovered and rebuilt this industry before.” David Nicholson, PCNA

In a like-minded vein, Gilley says the COVID-19 crisis will have made many remaining companies more nimble, adaptable and forward-looking. “A key lesson we’ll take from this is the need to move quickly to respond to changing market conditions with heads-up, eyes-up leadership,” says Gilley. “We must always be watching for opportunities and challenges ahead. We should all be creating time in our planning process for long-term thinking. The hope is we’ve all learned to make strong plans for abrupt shutdown/slowdown possibilities, to keep cash in our businesses, to manage inventory better and to diversify overseas sources.”

Some believe the crisis will engender systemic change in how distributors run their businesses and try to create value. “We’ll see some radical shifts in how this industry is organized and what functions are performed by distributors,” says White.

He continues: “Those that survive are going to have to find ways to provide more value to both customers and their own sales reps beyond being a vessel for transmitting orders to suppliers. … There will be more of a focus on technology that allows people in a variety of locations to work seamlessly with one another. There will also be more focus on redundant warehouses, diversified supply chains, and eyes toward developing a much stronger value proposition.”

Taylor Borst, head of communications and public relations for Top 40 distributor American Solutions for Business (asi/120075), sees the pandemic creating a major push to adopt technology. “Companies who had been dragging their feet on technology were forced into the 21st century basically overnight,” she says. “I think we’ll see a more mobile, connected industry when we’re on the other side of COVID.”

Years before the coronavirus pandemic struck, some suppliers and distributors with overseas direct-sourcing capabilities were working on reducing their reliance on Chinese manufacturing and moving some production outside China’s borders. The trade war between the U.S. and China, which saw President Donald Trump’s administration slap import tariffs on hundreds of billions of dollars’ worth of imported China-made goods, accelerated the push for geographic diversity in manufacturing.

On the heels of that, there’s a strong feeling the supply chain disruption experienced during COVID-19 will catalyze more movement away from Chinese manufacturing to production in a greater variety of locations, including locales closer to North America and even increased domestic production. “This outbreak has governments considering border restrictions and possible limitations to overseas supply chains,” says Melissa Ralston, chief marketing officer at Clearwater, FL-based Top 40 supplier BIC Graphic North America (asi/40480). “This could lead to the strengthening of domestic supply chains and reinvigorate interest in USA-made products.”

Potential increased interest in domestically produced items might not be the only changing dynamic the industry will see when it comes to product popularity. In an economy that could be cash-strapped for a while, the appetite clients have exhibited of late for name brands and higher-end industry equivalents could fade. “The marketplace will shift to cheaper ‘no names’ with a soft economy,” says Nadel. “There will be products that gain and others that lose based on the new world.”

The coronavirus has brought intense attention to hygienic practices like frequent hand washing and sanitization – lessons that appear to have been seared into America’s collective consciousness. That could influence promo purchasing for years to come, some say. “Safety precautions in play in society and industry could expand the health, wellness and safety category for promo,” says Ralston. “We could see a significant increase in requests for healthcare apparel, face masks, hand sanitizers and even products like headphones that will help providers practice telemedicine.”

Even so, industry leaders believe demand for promotional products could remain suppressed through the end of 2020 at least. How long the projected sales slowdown lasts will depend, they say, on variables beyond the industry’s control, such as the return to something approximating “business as usual” in the U.S. and the corralling of COVID-19. However, even in a bear market dazed by recession there will be opportunities. It’s all about finding the right ones.

David Nicholson, president of Top 40 supplier Polyconcept North America (asi/78897), believes that some end-markets will return to strong spending on promo quicker than others. “Employee recognition, safety, wellness and new hiring will likely be attractive segments,” says Nicholson. “It’s safe to say that travel, events and conferences will be impacted for quite some time before returning to pre-crisis levels.”

“As an industry, promo can evolve very quickly, which is a great strength,” adds Nadel. “We can sell to whichever industry is doing well, be it home gyms, testing companies, Zoom and others. And, we can move away from the industries doing poorly.”

Around mid-March, the workplace dynamics of promo and much of the rest of America experienced an immediate metamorphosis. Suddenly, seemingly everyone with a job who could work from home began doing just that. It was a consequence of the coronavirus prompting closures of offices, whether through government-mandate or self-imposed by companies. 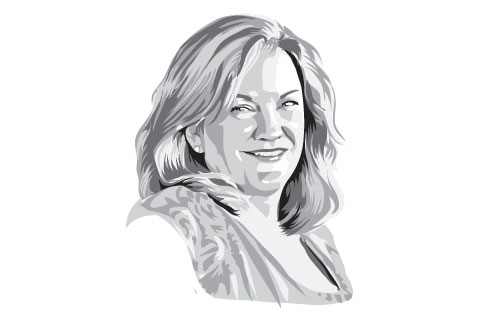 “The hope is we’ve all learned to make strong plans for abrupt shutdown and slowdown possibilities.” Jo Gilley, Overture Promotions

When the smoke clears on COVID-19, expect many in promo and the broader marketplace who work from home to continue to do so, at least part of the time, even if it wasn’t the practice in the past. “Many employees who’ve never worked from home before might not want to return to the office,” says Borst.

There’s potentially a world of implications in that.

On the operations side, promo companies will need to ensure they have the tech, processes and communication protocols in place to accommodate working from home. From a marketplace perspective, sales professionals will have to become increasingly proficient at using digital communication tools, as more end-buyers could desire virtual interactions rather than face-to-face meetings as they settle into their new work-from-home norm.

“Whether it’s being able to flex key functions to a work-from-home configuration, or having the ability to engage with customers remotely but effectively, COVID-19 has forced the promo industry to take a crash course in doing business virtually,” says Chris Anderson, CEO of Top 40 supplier HPG (asi/61966). “Many of these forced adaptations will likely persist long after the current outbreak has passed.”

Pervasive practice of remote work could also drive more end-buyers to e-commerce promo purchasing, some believe. “The crisis may accelerate the shift to online purchasing as companies may continue to have a greater number of employees working from home,” says Nicholson.

Despite all the adversity and shifting tectonics, top promo executives believe the industry will, in the long run, persevere and prosper.

“As an industry, we recovered from 9/11 and the ’09 recession and came out stronger,” says Nicholson. “It was our collective resilience and the longstanding partnerships between suppliers and distributors that were key during those periods. I’m optimistic that we’ll see that play out again during this crisis. As tough as things may seem today, we have to remember we’ve recovered and rebuilt this industry before.”