The wearable tech market is still relatively young and in flux. Fitbit, the company that arguably led the first wave of interest in wearables, didn’t start making a wrist-based fitness tracker until 2013. Now, just about every major tech firm – and a slew of scrappy startups – has its own “smart” garment or accessory to peddle, whether in the form of a watch, ring, pendant, sports bra, shoe or something else. By 2020, the global appetite for wearable devices is expected to grow to around $34 billion, with roughly 411 million of the smart devices sold, according to industry analyst firm CCS Insight. With only three years to go before that prediction becomes reality, we checked in with a few experts to get their take on the future of wearable tech. 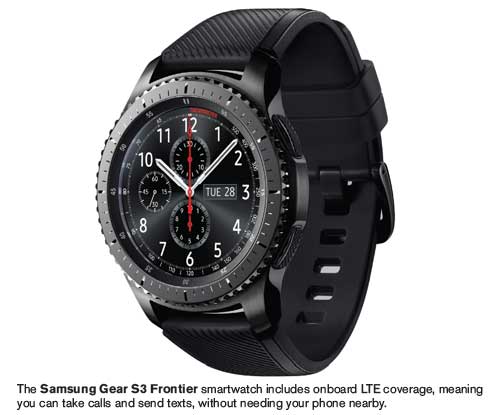 Expect the smartwatches of the future to incorporate more sensors, increase functionality and become more autonomous, experts say. Right now, smartwatches, for the most part, act as a “second screen” for a smartphone, alerting the wearer to texts, emails and other notifications, says Dan Ledger, a principal at Endeavour Partners, a mobile strategy consulting firm. This limits both the device’s capabilities and general appeal. “The smartwatch experience hasn’t really resonated with a lot of people yet,” Ledger adds.

A development in December is emblematic of Ledger’s observation: Pebble, once a king of crowdfunding, was acquired by Fitbit for less than $40 million, according to Bloomberg. New products planned by Pebble, the Time 2 and Core, were canceled.

To really gain a foothold with consumers, smartwatches of the future need to offer something more. One likely trend is that they will be untethered from the phone, eschewing Bluetooth connections. The Samsung Gear S3 Frontier includes onboard LTE coverage, meaning you can take calls and send texts, without needing your phone nearby. It’s great for runners and other athletic types who want to stay connected without the hassle of carrying a bulky smartphone on the trail, says Angela McIntyre, research director at information technology advisory firm Gartner. The feature should make it more attractive to make payments by swiping a smartwatch instead of a debit card, she adds.

As sensor technology improves and becomes more cost-effective, you’ll see more and more sensors incorporated into smart devices. “Your smartwatch might act as more of a hub for other sensors on your body going forward,” McIntyre says. “Developers will become more efficient in being able to aggregate and integrate the data from various sensors.”

Better sensors will also help to widen the appeal and usefulness of wearable technology. “The better job we can do testing noninvasively what’s happening inside people’s bodies, the more applications open up,” Ledger says. Devices of the future will go beyond fitness tracking to more health care-related functionality, from disease management to mindfulness and stress management, Ledger adds.

irtual and augmented reality will also continue to gain traction, experts say. Gaming platform Playstation reported it had already sold “many hundreds of thousands” of its VR headset by the product’s launch last fall. Analyst firm CCS Insight expects sales of VR and AR to hit a whopping 24 million devices by 2018, pushing market worth to more than $4 billion. 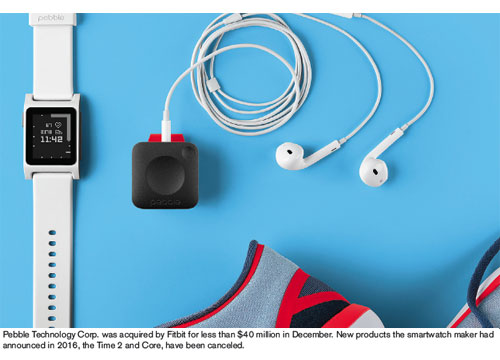 It’s not just gaming companies experimenting with virtual reality. Wearable tech expert Scott Amyx, CEO of Amyx+, has been working with a German piano manufacturer looking to transition away from building physical pianos and instead focusing on creating virtual keyboards. A budding musician could don an Oculus Rift or other VR headset and start playing, getting corrections from the device if notes or technique are off, Amyx explains. Haptic gloves, still in research and development, would mimic the feel and weight of real piano keys, making the experience as authentic as possible, he adds.

AR, on the other hand, is the logical next step in the evolution of computing, according to Maribeth Gandy, a research scientist and director of the Wearable Computing Center at the Georgia Institute of Technology. The digital age began with unwieldy mainframes, then morphed into personal computers in the workplace and home. Now, we’re in the mobile age, with smartphones keeping us closely connected to a vast network of information. The downside, however, is how phone screens cause – sometimes dangerous – distractions and divert our attention from the people and events around us. “The next era of computing is about elegantly integrating virtual information into our world without having to seal ourselves off from the physical world,” Gandy says. “They just become one. Wearable technology will make this possible.”

ow users will interact with this virtual information – via hand gestures, voice control or some other interface – is still being worked out. Many companies are banking on voice interaction with artificially intelligent interfaces, asking Siri trivia questions via Apple’s wireless AirPod earphones, or opening your garage door and turning on your lights by invoking Alexa on Amazon’s Echo device. The Internet of Things (IoT), of which wearable tech is a subset, will require an “ambient AI assistant for coordination and communication,” according to Amyx. “The sheer density of smart things is increasing. Pretty soon, we’ll get to a point where it’ll be very difficult to interact with 50 different applications to control everything from smart shoes to smart toothbrushes to lightbulbs.”

Basically, Amyx says, in the future, people with automated homes will have their own personal “Jarvis,” the AI butler from Marvel’s Iron Man movies. He gives this example of how it might work: A father needs to pick up his daughter from school, but is stuck working late. So, he talks to his AI and has it communicate permission to the school and send a driverless car to pick up the girl. Then, the car takes the girl to her piano lesson, then back to the house. The AI opens the garage door, shuts the garage door, and after checking surveillance to ensure safety, unlocks the house and lets the girl inside. “[The dad] didn’t have to push a button, or do anything except indicate his needs to the AI,” Amyx says.

It seems farfetched, but much of the technology is already here or on the horizon. “The underlying infrastructure, the ecosystem, is being laid out,” Amyx says. In many cases, it’s just a matter of widespread adoption, which could take another five to 10 years at least to occur.

Temporary tattoos are going high-tech. MIT researchers developed stylish metallic tattoos that turn your skin into a touchpad, among other possible functions.

his year, the fashion world will really begin to embrace wearable technology, experts predict. That means forming partnerships from the beginning of the development process, rather than just trying to retrofit style onto something created with only function in mind. “Rather than taking a Fitbit and spraying a veneer of Tory Burch design over it, we’re going to see pieces come out that really don’t appear to be activity trackers,” Ledger says.

The turning point, perhaps, was last year’s Met Gala and exhibition, which looked at the role of the machine in fashion, says Clint Zeagler, program manager at Georgia Tech’s Wearable Computing Center. Straightforward aesthetic uses of technology are likely to pop up before functional uses, he adds: “In the next couple of years, LEDs and color-changing fabrics will start to creep into regular haute couture runway shows, and that will trickle down into some of the ready-to-wear lines.”

Amyx hopes designers push beyond the “typical LEDs and superficial things” to come up with bigger innovations in smart clothing. Among the possibilities he sees are clothes that can communicate through texture – perhaps giving a blind wearer vital information via Braille messages that push up onto the fabric. Or running shoes that keep track of mileage and wear and tear, sending a message to the manufacturer when they need to be replaced. Or a jacket that could regulate temperature by opening vents when the wearer is too hot.

Ledger, too, is expecting more experimentation in form. Already, startups are going beyond the wrist, introducing things like disposable bio-sensing patches, headbands that support guided meditation or stylish rings that track sleep and wellness management, he says. “What’s really cool, now that we’re at the point where the technology is sufficiently cheap, powerful, low-powered and abundant, is we see new and novel companies going after many different areas in the market,” Ledger says. “They’re creating a lot of new areas that just weren’t really possible five years ago.”

Here are some of the latest gadgets being released by tech companies. 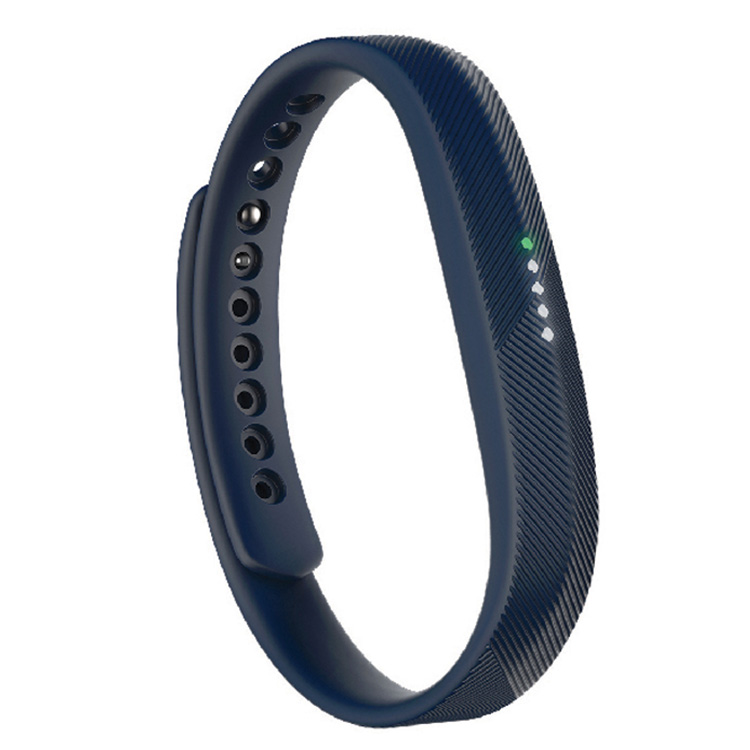 Fitbit: The digital health company released two new devices in the second half of 2016. Weighing in at $99, the updated Flex 2 is a slim and simple activity tracker with the added benefit of being swim-proof, so you can wear it in the pool or at the beach. At $149, the heart-rate tracking Charge 2 band boasts a larger tap-sensitive OLED display, better battery life and a multisport mode, among its expanded features.

Apple Watch 2: The second generation of Apple’s smartwatch features a new water-resistant design, an onboard GPS chip for run-tracking, a swim tracker, a faster processor and an extended battery life. The base model costs $369. 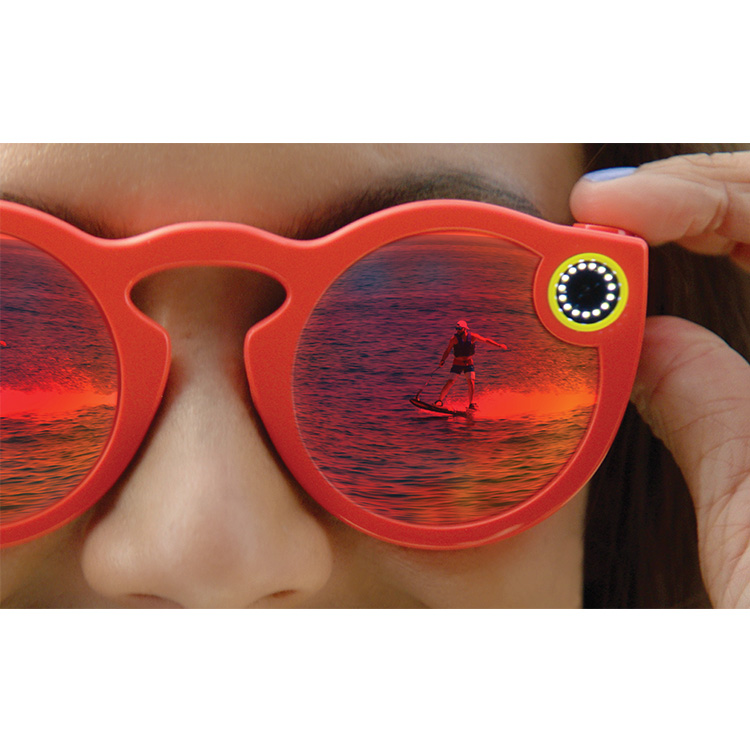 Spectacles: Social media upstart Snap Inc., creator of photo messaging app Snapchat, recently entered the wearable tech space, with the announcement of Spectacles, $130 smart sunglasses that record short “circular video” snippets. The 115-degree wide-angle videos can be viewed on your phone in any orientation, horizontally or vertically. A ring of LEDs around the camera lights up when you record. The funky frames come in three colors: coral, teal and black. Snap CEO Evan Spiegel has called the glasses “a toy,” perfect for recording experiences at outdoor concerts or other events. 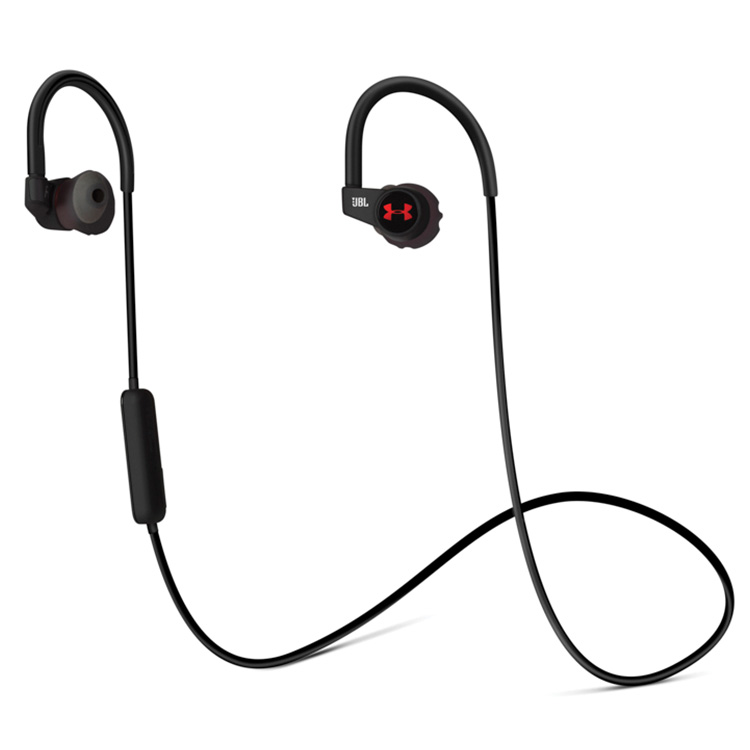 Under Armour: The athletic apparel company has been making a big push into wearable technology of late. One of its newest gadgets is a pair of wireless sport headphones, engineered by JBL, that measure the wearer’s heart rate, in addition to playing music. The headphones also offer real-time audio stats and heart rate zone coaching. The headphones retail for about $200.