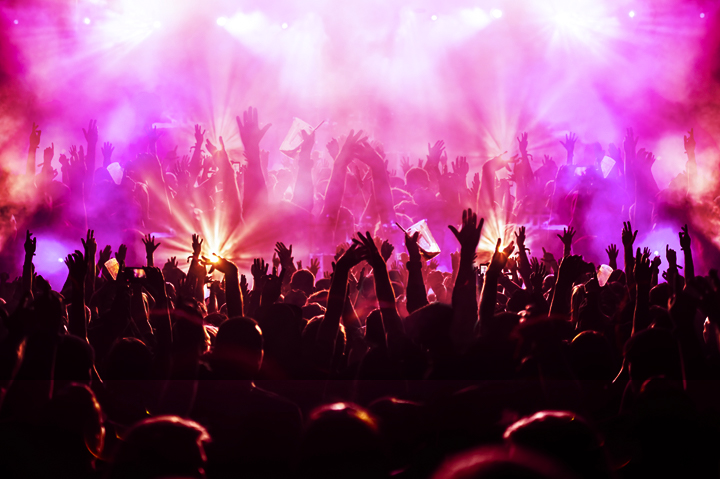 For the first time in three years, SXSW returned to Austin in March. Local estimates pegged attendance at the celebrity-studded festival full of music, film and technology around 20% lower than in 2019. In April, Coachella, the sprawling music festival in Indio, CA, was back as well, boasting sold-out crowds for headliner Harry Styles.

Across the country, stadiums are filling up for sporting events. And the summer months ahead are studded with concerts, festivals and other large-scale happenings.

Indeed, recent polling from business intelligence firm Morning Consult – which has been tracking the so-called “return to normal” since COVID began – found that 51% of Americans are comfortable attending a concert. And comfort with attending a sporting event has reached a new high, with 64% of sports fans saying they would go to a game.

“I don’t think we’re quite back to pre-COVID levels, but we’re probably in the best year since,” says Eric Simsolo, vice president of business development at Top 40 supplier Next Level Apparel (asi/73867). “There’s all that pent-up demand and excitement for sure. … For the next 12 months or so, a lot of social culture will be making up for lost time.”

It’s a welcome development, since events – and the merch that goes along with them – have long been the lifeblood of the promotional products world, and there’s an abundance of enthusiasm – from the promo industry and beyond – for the remainder of 2022. Still, though the volume and size of events have been creeping back to pre-pandemic levels, challenges remain. And there are some COVID-era modifications – such as the humble QR code and fist bumps over handshakes – that are likely to remain with us for years to come.

Prior to the pandemic, Chicago-based Rowboat Creative (asi/313715) did brisk business in the growing brand-activation space, offering live printing and other experiential marketing services. In 2020, that aspect of the business all but dried up. Last year, events returned in fits and starts, hampered by COVID surges and other uncertainties. At Summerfest, an annual musical festival in downtown Milwaukee, Rowboat took several precautions to encourage social distancing, while still bringing the energy and excitement of a live event. Customers were asked to scan a QR code to sign in and then would receive a text when it was their turn to get their item customized.

This year, however, shop owner Lucas Guariglia isn’t sure how Rowboat and its brand clients will handle Summerfest. “There’s a little ambiguity,” he says. “A lot of it’s kind of touch and go. You want the customers to be there and engage and don’t want to give them too many rules.” After all, few people are likely to stick around for a customized freebie – even a really cool one – if there are too many hoops to jump through.

On the other hand, Guariglia notes, he has to protect his team and make sure their well-being isn’t compromised.

“In the past, I have video footage of lines of hundreds of people huddling over machine operators,” he says. “It was a very cool thing pre-COVID to see the energy it’s created. We’ve tried to spin away from that, without turning our back on the customers. How do you do it where you’re far enough away but still have that visual impact? That’s been a little bit of a challenge.”

One solution has been private brand activations. Rowboat recently worked with Corona on a popup fundraiser for independent venues. The event, limited to 300 attendees, included live DJs and the gift of a vinyl record. Rowboat was on hand to customize the record sleeves. “The response and energy was so good,” Guariglia says, that Corona decided to take the concept on the road, hitting first Chicago, then New York and Scottsdale, AZ.

Revolution, an integrated sports marketing company based in Chicago, has also noticed a change in the way brands engage with events. “A lot of how we’ve approached live experiences will honestly change forever,” says Brian Quarles, chief creative officer at Revolution. “We’re really focused on low-touch or no-touch experiences that can be engaged in one-on-one and allow people to do that at their comfort level.”

Last year, Revolution helped its client, American Family Insurance, create a permanent “Game Day Experience” installation for Atlanta United FC (a Major League Soccer team) at Mercedes-Benz Stadium. Fans can make their way through an interactive timeline of the club’s history, see their photo on a larger-than-life “fan cam” screen and get free merch. “There are fun things to engage with, but you don’t have to sign up, touch or interact with people,” Quarles says. “You can interact with the environment itself.” 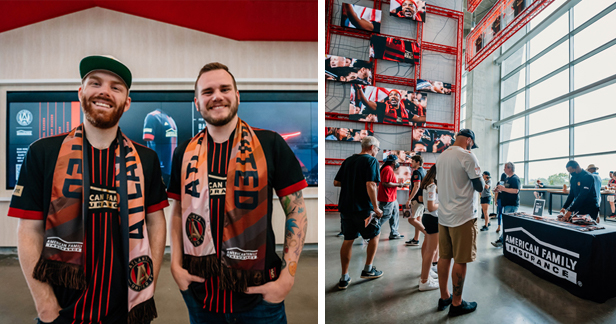 Brands are looking at ways to make events accessible and meaningful beyond the venue itself. That could mean using QR codes to unlock a deeper experience at a live event that can be engaged with there or once someone is back home, Quarles says. Or it could be about the meaningful event swag and photo ops that encourage social sharing.

“What happens on site is super-valuable and important, and you can’t replace that, but we’ve learned how to extend beyond that space,” Quarles explains. “If you design and create an experience that people love, they’ll probably share it. Can you create an experience that people want to take photos of and document? Can you create premiums that people want to take with them that don’t feel disposable, that feel connected to the experience in that moment? The shareability of these experiences is critical moving forward. It brings people back, and it extends the storyline.”

Event planners are also experimenting with hybrid elements, which adds a layer of complexity for distributors, says Ali Leitzinger, an account executive with Gifts by Design powered by BAMKO (asi/131431). Clients want to offer the T-shirt, backpack or other gift to everyone invited to an event, whether they’re there in person or virtual, she says. “They’re wanting to be a lot more inclusionary because some people still aren’t comfortable coming in person,” Leitzinger adds.

Plus, many companies are opting to send out swag bags in advance of employee engagement events as a way to build anticipation. “It’s just an added touch and kind of an event teaser that we hadn’t really done in the past,” Leitzinger notes. “I think that’s going to be here to stay at least as an offering.”

The event market isn’t immune to the supply chain issues and labor shortages that have been plaguing the rest of the business world.

Dragon Spirits, whose “bread and butter” is gig economy workers, used to pay its contractors at least $25 an hour, but Romero says he recently raised hourly rates to $30 or more. Despite the bump, “I can’t seem to find enough workers.”

Karen Delhey, executive director of the Ann Arbor Art Fair, says labor shortages have affected her ability to plan what’s billed as the largest juried art fair in the nation. “We rely on temporary staffing each year to put the event on,” Delhey says. “Last year, we struggled to fill our temporary staff roles. We never had that issue before.” 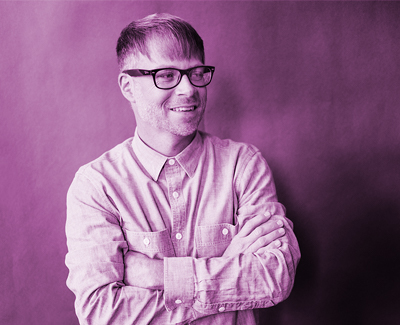 “We’re really focused on low-touch or no-touch experiences that can be engaged in one-on-one, and allow people to do that at their comfort level.”Brian Quarles, Revolution

This year, the Michigan art fair has been having difficulty finding affordable and available private security companies to staff the event. “A lot of costs have gone up due to these shortages,” she adds.

Leitzinger has also noticed the trend, fielding more requests from clients to staff events for them than in the past. “We have resources for that, but it just hasn’t been anything that our clients have leaned on us for in the past,” she says. “It just seems like the world is short-staffed right now.”

Sourcing merch orders has also become a bit of a “delicate dance,” according to Ferriter. Sobe has been doing full-stadium giveaways of T-shirts, rally towels and other items at NBA games and other events. From the outside, things look much like they did prior to COVID, Ferriter says. The stadiums are packed and fans are eager to receive custom merch from their favorite teams.

But behind the scenes is a different story. An order of 30,000 T-shirts, for example, requires Sobe to reach out to multiple suppliers and mix and match sizes, whereas in the past, the distributor could just go to one supplier with one order of extra-large tees.

“They’re not just point-and-click orders anymore,” Ferriter says. “You’re having to wheel and deal and call people and squeeze yourself in and grab inventory whenever you can and arrange trucking. It’s certainly not easy right now.”

Try these trending products to wow clients in the event marketing space. 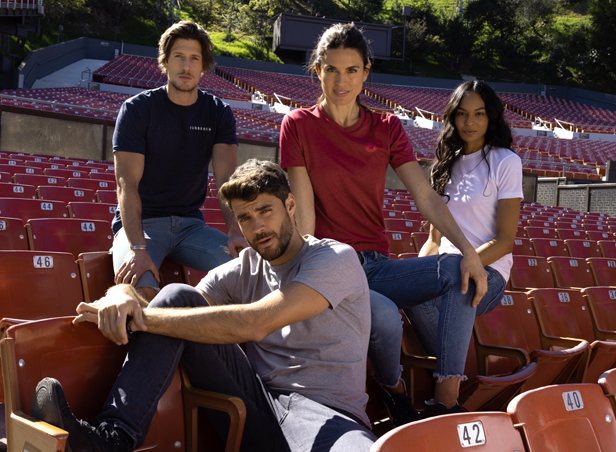 Festival wear typically goes one of two ways, says Eric Simsolo, vice president of business development at Top 40 supplier Next Level Apparel (asi/73867): It’s either tight and revealing or relaxed and flowy. Because concertgoers are outdoors all day, they usually want something that will provide comfort. Next Level launched its festival collection about six years ago, mimicking the look and feel of Coachella, employing desert-washed hues, soft fabrics and flattering, flowy cuts. “Those things,” Simsolo says, “have come back and become more important than they were when we first launched.” 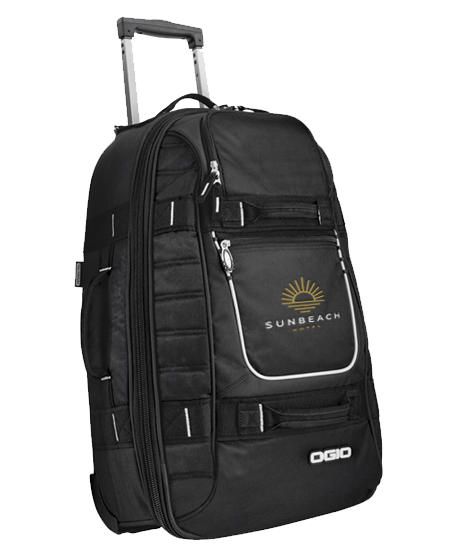 Reward trips, sales kickoff meetings and corporate conferences are making a comeback, which means travel. And travel requires gear, whether it’s new luggage or a high-end backpack. “I think people hadn’t really dusted off their bags in a few years, and now they want an upgrade,” says Ali Leitzinger, an account executive at Gifts by Design powered by BAMKO (asi/131431). 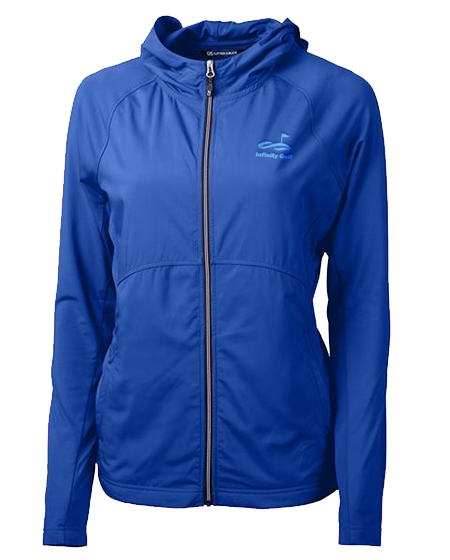 Outdoor activities are maintaining the popularity they gained during the height of the pandemic, so promo items geared toward golf and camping are hot right now, Leitzinger says. Retail-ready outerwear and high-end athleisure also fill this demand.