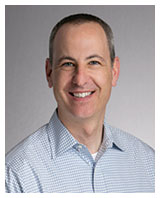 Q: How did you land this order? Was this an existing client?
MR: They were a print customer, but we had not done promotional business with them. We were competing against the incumbent promo vendor. But thanks to the relationship that had been built up, our print contact went to bat for us, which helped us earn the order. Without an ally on the inside, it’s extremely difficult to land six-figure sales.

Q: What were the products?
MR: The order was for 21,000 journals. We custom made them through JournalBooks (asi/91340) and then had to ship them to more than 120 U.S. locations and 60-plus international ones.

Q: What were the biggest challenges?
MR: Since the company was launching a new global brand, it wanted each office to have a set number of journals for employees by a specific date. JournalBooks was excellent. They printed and delivered books in batches to our fulfillment partner. The biggest challenge was distribution, especially international shipping. We had to research potential partners for the distribution side, which meant we had to do site visits to ensure the companies could handle the order. We partnered with a great company and they handled the international component flawlessly. It was a tremendous amount of work, but the customer was very satisfied.

Q: Any takeaway tips/advice?
MR: Take care of client relationships. In this case, our sales rep, Brian Rotchford, VP of sales, had developed an incredible relationship with his print contact. When they asked him to bid on this project, we already had the inside track due to his efforts over the years. Brian made the introductions, and I took it from there. 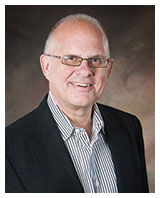 Don Sanders is the owner of Don Sanders Marketing (asi/318050) and founder of www.sellpromoproducts.com.

Whether the order is big or small, Sanders treats his customers with the same diligent care. Doing so set the stage for him to win three large related sales, including a $45,000 order that was followed by a $185,000 deal.

Over time, Sanders fulfilled various small volume orders for a customer in the construction industry. Eventually, the buyer became the safety manager for a large construction company that was undertaking the overhaul of an automotive manufacturer’s plant in Texas. Needing hundreds of T-shirts that would promote worker safety, the loyal client turned to Sanders.

The sizable tee order was only the beginning.

While at the plant, a representative for the automaker noticed and liked the shirts, and told the safety manager of a need for branded caps. The manager was quick to refer Sanders. The buyer for the automotive plant and Sanders connected. After some consultation, Sanders was soon fulfilling a $45,000 order for caps, which employees received when the plant was complete. “This plant was not a place you could just walk in and call on, so without my guy going to bat for me, I would never have had a chance,” says Sanders.

The top job Sanders did on the cap sale led to the six-figure order. This time, the automaker wanted quality branded jackets to give employees as a holiday gift. The timeline was tight and the client had a set budget – both challenges that put Sanders’ sourcing acumen to the test. Still, he was able to connect with suppliers that could accommodate the high-volume demand in the wide range of sizes needed – all in a style that the buyer liked and that was on budget. Sanders worked hard to coordinate everything. Come mid-December, the client had the jackets in time for its employee holiday party.

Takeaway
Provide top-notch service to all your clients, no matter how small the order. Says Sanders: “Deliver on time. Don’t sell junk. Do it correctly, every time, for everyone. When you treat people right, you never know where it will lead.”L