Many distributors like to say image is everything, and with some of their clients, that is especially true. Consider the festival and party organizer that is a major client of Promotions Unlimited in Greenville, SC. The organizer has several hundred thousand followers on Instagram, mostly people in their late teens and twenties who have attended an event or heard about them from friends. 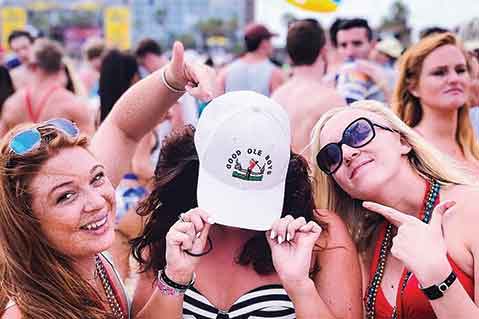 In fact, a 20-something salesperson who works for Joree Ouzts, owner of Promotions Unlimited, is one of those followers. And in early 2016, he had an epiphany while looking at that Instagram page. “They were posting photos of attractive young men and women wearing T-shirts with funny sayings,” Ouzts says. “So my rep came back from an industry show with other ideas the organizer might like, and he reached out to them. They liked a lot of what they saw.”

Hats, sunglasses, keychain bottle openers and drink holders became the best-selling products to this client, which has a “purchase” link right below each photo on the Instagram page. Ouzts notes that these smaller items have the organizer’s logo on it, and often the colors of regional universities so that like-minded people can identify each other while partying. “Young people really want to be associated with this brand in public,” she says.

The client has also accepted a few witty sayings proposed by Promotions Unlimited for the T-shirt line, which Ouzts’s firm now sources in its entirety. One other garment that’s an interesting possibility: a fitted shirt for dogs. Appearing in the Instagram photos alongside the young revelers, the dressed-up dogs could generate an impression similar to “original party animal” Spuds MacKenzie (who reappeared in a Bud Light Super Bowl ad this year).

Just one year after landing the account, the Promotions Unlimited rep gets the bulk of his business from this client. “He found a huge niche for himself by showing understanding and appreciation of the client’s brand, and sending along ideas they hadn’t thought of yet,” Ouzts says. “We’ve all been trying to figure out how to monetize social media; now we see why people want so many followers. When companies use Instagram in their own creative ways, complementing that presence with product becomes a strong opportunity for us.”