Prior to the pandemic, shopping from home was a common luxury. Now, for millions it has become a necessity. Because of that, e-commerce has been one of the inarguable success stories of the past year. The trend underlying that trend, though, is print-on-demand technology – allowing sellers the ability to offer a virtually endless array of customized apparel and products, without the burden of carrying inventory. 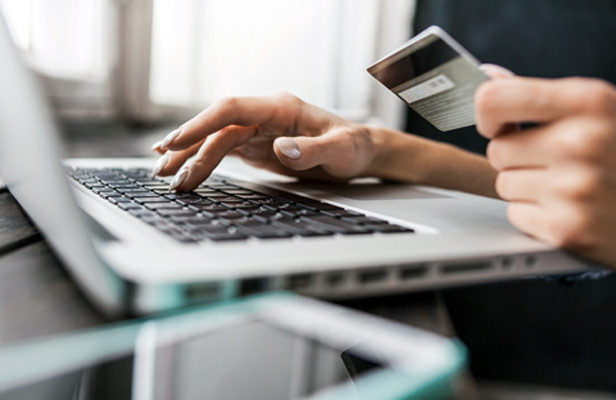 As many other industries were going into the red last year, e-commerce and print-on-demand were following an opposite trajectory. “It was almost a straight line up when people were scrambling to shift from traditional production to on-demand,” says Brian Rainey, CEO of Gooten, a print-on-demand logistics and fulfillment company. “We saw an enormous spike in Q2, and it continued in Q3 and Q4. On-demand manufacturing and mass customization is growing faster than anyone can keep up with.”

Gooten’s software connects online stores with a network of manufacturing partners around the world, routing orders based on factors like geography and capacity, so that they can be produced on demand and drop-shipped to the customer efficiently.

Printful, another on-demand fulfillment company that prints, packs and ships custom products from e-commerce sites, reported an 80% year-over-year increase in order count over the last three quarters of 2020 and a 44% year-over-year growth in the number of new stores joining the platform. During the holiday shopping bonanza between Black Friday and Cyber Monday, the online printing and drop-shipping company fulfilled 25 million products. In fact, that weekend, Printful saw a 70% order increase, with as many as 204 orders per minute – twice as high as in 2019.

Don’t expect 2021 to rewrite the narrative for on-demand companies and promotional products firms that follow the same model – 2020 wasn’t a blip. It was merely an acceleration of what’s already been happening. Consider that Printful’s impressive numbers during the holiday shopping weekend came after an already staggering growth rate for the company, which ballooned by 441% over the three previous years – from $21 million in 2016 to $116 million in 2019.

🏭 Use our behind-the-scenes photos and videos of our products being made to showcase your brand quality ➡️ https://t.co/7WykeXblpz 📸 Have you seen the latest footage of @Printful mugs? #customproducts #printondemand pic.twitter.com/Gd8PZjH35X

“I don’t think anything will revert back to the way it was before,” says Rob Watson, chief experience officer at Top 40 supplier Vantage Apparel (asi/93390), which offers its own home-grown on-demand customization service to distributors. “More distributors are getting into the space and offering a solution that end-users wanted before but never knew that distributors could offer. I don’t think this is going to go away.”

Indeed, distributors and decorators who may have shied away from digital printing techniques or on-demand fulfilment options should reconsider if they haven’t already done so. In the past, many distributors had this “fear fantasy that e-commerce was going to disrupt their revenue channel,” Watson says. “The pandemic has shown us it’s an additional channel.”

The Shift to Digital

Rainey agrees that there’s still opportunity for both traditional production and on-demand printing to co-exist, with digital methods handling lower quantities and old-school methods available for larger orders. Still, he adds, “There’s an enormous amount of legacy production that should and will eventually shift to on-demand.” He compares it to the shift the photography industry underwent some years back, when people made the switch to digital cameras over film.

Advancements in direct-to-garment and other digital printing methods, user-friendly online stores and seamless API integration connecting data across various platforms have all converged to help print-on-demand thrive. “The capability of the equipment in just the last five years has so significantly increased that it can now match traditional production,” Rainey says. “As the consumer base has fractured and audiences decreased, traditional bulk production where something is made in advance and stored in a warehouse doesn’t work as well.”

Customization is key. Deloitte found that one in five consumers are willing to pay 20% more for a customized or exclusive product, and 46% of consumers say they are happy to wait longer to get their personalized product or service. @StartupNation https://t.co/BjZkodvoTt

Kornit Digital, a high-end digital printer manufacturer, discussed in a recent blog post the market disruption the pandemic has been causing in the industry. “Direct consumers are placing orders that are low in quantity and high in customization. Producers that have embraced [direct-to-garment] technology cannot find enough hours in the day; they’re enjoying significant backlogs,” commented Nate Rozek, a sales manager with Kornit Digital, in the blog post. “E-commerce sales have taken off like a rocket ship, pulling in opportunities that would traditionally be printed by analog production. Leaner inventory and stronger profits are inherently appealing. Major brands are seeing the light and considering a shift.”

In fact, several of Kornit’s customers expanded their on-demand offerings during the pandemic. Back in September, the king of e-commerce, Amazon, agreed to spend $400 million on Kornit products and services over the next five years in exchange for stock warrants.

“As an early adopter of an on-demand model, Hot Topic is a great partner for this first collaboration to deliver the next break-through in supply chain management and customer service,” Deborah Merrill, president of Delta, noted in a press release. “With this model, we plan to test the boundaries of the many opportunities that digital has to transform retail.”

To meet the anticipated growth of its DTG2Go digital on-demand print services, Delta also purchased five new Kornit printers, adding to the eight it already had – thus increasing daily printing capacity by more than 25%. The company expects to make further capital investments in digital printing equipment this year as well.

The benefits of on-demand production and customization are readily apparent. Brands and other end-users like not having to prepay for inventory, and the ability to iterate without upfront costs enables sellers to jump on moment merch opportunities quickly, but also to switch gears painlessly if they don’t pan out. “If an item explodes, you’re not going to have inventory stockouts,” Rainey says. “You have inventory on hand and throughput availability. The idea is to be able to lever up and lever down as demand justifies it.”

Working with apparel adds another wrinkle to inventory issues – one that’s easily ironed out by the on-demand model. “Apparel is one of the toughest things to stock because it has so many varieties – styles, colors, sizes,” Watson says. How many times, he adds, is a distributor or end-user that’s trying to cover all their bases stuck with too many XXS and 3XL shirts when all is said and done? With a custom webstore, backed up with on-demand fulfillment, that problem is eliminated. 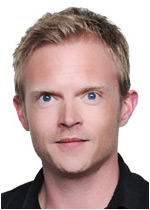 “I don’t think anything will revert back to the way it was before. More distributors are getting into the space and offering a solution that end-users wanted before but never knew that distributors could offer. I don’t think this is going to go away.” Rob Watson, chief experience officer, Vantage Apparel

Another boon with on-demand is the opportunity to “go very, very, very narrow,” Rainey adds. “You have the ability to really target on a physical good the exact item that your customer wants.” Tapping into an already established print-on-demand platform with a widely distributed global production network also helps. Rainey gives the example of a musician with a following in South Korea. “It’s incredibly difficult to sell focused merch if you’re producing those items in America. The shipping and customs taxes wipe out your profits. If you could localize production in South Korea, you can create content unique to that market.”

Particularly in the last year, the ability to take on small order sizes has been critical. Single-piece orders have become “almost a necessary evil,” Watson says. Not only that, but each item created is likely heading to a different destination. “During the pandemic, we weren’t shipping 500 pieces to a single place,” Watson says. “We had to drop-ship things to individuals’ homes.”

The key to making such a model successful is automation, paired with print-on-demand technology. Handling the low-quantity orders of one online influencer, for example, wouldn’t be lucrative, but being able to manage the stores of 50 influencers may be a different story. Using a print-on-demand platform to handle the fulfillment lets distributors focus on the bigger picture for their clients, helping them with creative product ideas, says Ak Kurji. The founder of PMGOA (asi/79982), Kurji stepped down from managing the firm last year and is currently in the process of launching his own on-demand fulfillment platform, Swagify.

“There’s a new younger crowd of people selling online,” Kurji says. “My entire plan is to help the distributor base to compete with these younger guys.”

Swagify, which has launched a small beta version, already has more than 3,000 people signed up, and that’s without heavily marketing within the promotional products industry, Kurji adds. The white-label on-demand order fulfillment and warehousing service will decorate and ship products, including apparel, accessories and home and living items, for online businesses and distributors. The difference between Swagify and some of the other platforms out there, Kurji says, is that his allows distributors to choose their preferred vendors and control their supply chain. Plus, he adds, “They have the ability to choose their markup for their online clients, influencers and company stores. This allows the distributors to keep their supply chain hidden.”

The platform will also help distributors key into that other big pandemic trend: swag boxes. “Swagify is actually creating the ability to do swag boxes on demand,” Kurji says, adding that people will be able to choose, say, five products, get a suggested box size, then everything will be printed, packaged and shipped within 24 to 48 hours.

Another benefit to automation and on-demand fulfillment is that it reduces touches on any given order, and reduced touches also means less room for error. Vantage has had the ability to handle single-piece orders for a while. Back in 2019, the supplier opened a larger West Coast contract facility, in part to facilitate single-piece embroidery orders. Later, the supplier expanded to offer single-piece capability for heat transfers, laser etching and direct-to-garment printing, according to Watson. The supplier also has agreements with several Top 40 suppliers allowing free inbound freight to its decoration facilities. Combining all that capability with its e-commerce platform is “the perfect marriage,” he adds.

In fact, Vantage’s webstores have been so successful since the pandemic began that the supplier has put together a whole team dedicated to setting up and managing the stores, becoming e-commerce partners to help distributors understand which items are selling and which aren’t. “The peace of mind we can offer the distributor allows them to work on their next sale knowing that this is going to be recurring revenue almost daily,” Watson says.

It’s not just large platforms and companies that are benefitting from on-demand fulfillment models. Card Isle, a personalized greeting card service that’s entirely print-on-demand, has grown by more than 1,000% in the last year, according to Sara Orren, director of customer success. The company lets people choose from more than 15,000 designs curated from independent artists around the world. Card Isle is integrated into a number e-commerce businesses, including 1-800 Flowers. If someone adds a card on at checkout, a unique print code is generated, and the card is printed on demand and included with the order, Orren says. As an added branding touch, the logo for the partner store is printed on the back of each card that’s printed through them.

“We like to say that we help empower connection,” Orren says. “It’s the unique aspect of sending a completely customized card that we really saw kind of ratchet up during the pandemic.”

Even as the vaccine rolls out with the hope that life slowly returns to normal, the benefits of customization and seamless online ordering – underpinned by automation and print-on-demand production – aren’t going anywhere.

Get the most important news each day by subscribing to Counselor PromoGram Daily.