The NBA’s All-Star Weekend is a star-studded affair, featuring not only the best players in the sport, but also a cavalcade of A-list celebrities. Every February, the league stops its regular season for a three-day celebration of exhibitions and performances, including the Celebrity Game, the Slam Dunk Contest and the All-Star Game. A different city plays host every year, and in February 2015, fans and players alike flocked to Manhattan’s Madison Square Garden, home court of the New York Knicks.

As a bonus, television network TNT, which offered exclusive coverage of the weekend’s events, hosted fans at Levels Barbershop’s Brooklyn and Harlem locations. Open 7 p.m. to midnight over the span of four days, the shop offered fans free haircuts and giveaways, as well as live music and, of course, TNT’s televised weekend coverage.

To commemorate the event, TNT turned to Corporate Imaging Concepts (asi/168962) to help with branded items to give away. “ We have been working with TNT for the past four years on different events and promotions,” says account executive Nicole Deaton. “ My client reached out to me and asked me to come up with a great giveaway for the NBA All-Star Game on TNT. They wanted a name-brand garment that conveyed a higher perceived value to the recipient.” 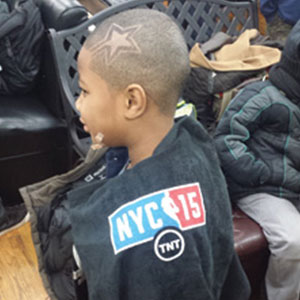 Corporate Imaging Concepts worked with TNT to produce Nike hoodies with the NBA All-Star logo on the right chest, and the Levels Barbershop logo on the left sleeve. They also added branded rally towels to match the barbershop setting. By the end of the event, they had given away 59 hoodies and 300 towels. 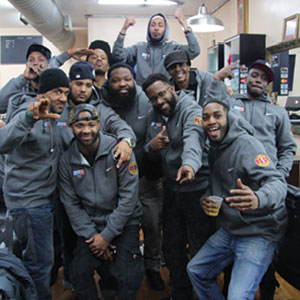 When working with large companies on promotions, it’s important to make sure the client’s wishes are honored. Corporate Imaging Concepts worked with TNT to choose a high-end retail garment, and kept the embroidered embellishment streamlined and sophisticated to match the high-end retro look TNT wanted to achieve. To make sure everyone is satisfied each step of the way, says Deaton, “pre-production samples are a must.” – Sara Lavenduski

Case Study: Pet Friendly
Virginia Shop Targets Summer Camps
All Together Now
A Day in the Life of a Designer
Back in Bloom
Fall Fashion Preview