Last year, 41% of promo suppliers had to lay off employees, according to Counselor’s State of the Industry report. This year, as the economy picks up and regular orders resume, many of those same suppliers are struggling to restaff.

That’s the situation at one Top 40 supplier, according to an executive who wished to remain anonymous. The company has about one-third fewer production workers than it did before the coronavirus pandemic began. “We’re unable to fill hundreds of open production positions, even though we’ve raised hourly rates at most positions, and we’re providing sign-on bonuses and cash rewards after 30, 60 and 90 days of service,” the executive told Counselor.

After years of similar results, there was a sharp rise in the percentage of suppliers who laid off workers last year – companies that are now struggling to refill those openings.

Signing bonuses – some of which push into the thousands of dollars – are increasingly common. Some suppliers resorted to seeking out high-school age students to fill warehouse vacancies as a summertime stopgap. They’re turning to employment agencies for the first time to hunt down viable candidates. And when all else fails, they’re adopting an “all hands on deck” mentality – with plenty of overtime included – to ensure orders are packed up and out the door. 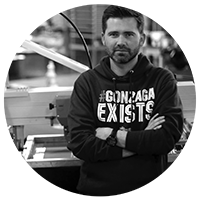 “Right now, I see employees having a lot of leverage. Companies have to be more adaptable to how employees want to work.” Brayden Jessen, Zome Design

Staffing shortages, combined with widespread supply chain issues, are taking their toll. The SOI survey revealed that 14% of orders from suppliers were not fulfilled on time, compared to 10% in 2019.

Explanations for the staffing crisis abound. A big one is expanded unemployment benefits that are disincentivizing some from returning to the workforce. “The reevaluation of careers and work-life balance are two that we hear during the recruiting process,” Godsey says. Other factors include a reluctance to return to in-person work, potential childcare issues and an increased desire for flexible scheduling. Plus, with so many sectors hiring, potential workers can be choosy about the positions they accept.

Unlike many distributors, suppliers have had to keep workers onsite and on the production floor during the pandemic. As a result, a greater percentage of suppliers than distributors are concerned about their employees’ well-being.

Protecting the Health of Employees Is a Significant Concern

“It’s crazy right now with how many people are unemployed, yet all I see are companies begging for workers and can’t find any,” says Brayden Jessen, owner of Spokane, WA-based Zome Design (asi/366115). “We had several ads out for full-time employees and weren’t getting many responses.”

When Zome altered the ads and mentioned that part-time positions were also available, the decorator got more bites. Jessen’s last two hires are both part-timers, interested in learning more about apparel decorating – but not yet ready to give up the full-time positions they’ve been at for more than 15 years.

“Right now, I see employees having a lot of leverage,” Jessen adds. “Companies have to be more adaptable to how employees want to work. People have gotten used to being at home, having a more flexible schedule with kids, dogs, running errands, working out, etc. They want to continue that lifestyle without being tied to a desk 8-5. If companies can adapt to that, maybe we’ll have a much happier, productive work force.”

Flexibility has been key for many promo companies. “We’re going to be a hybrid going forward, 100%,” says Angela Chryplewicz, CEO of Lasting Impressions Promotional Marketing in Southfield, MI. “Flexibility is going to be our focus. We want to be able to offer different scenarios for employees.”

Hybrid or fully remote work is here to stay for many promo companies. Half of companies haven’t returned to full offices, and of that group, two-thirds don’t plan to return to pre-pandemic capacity in the next year.

Have you returned to the office?

If you haven’t returned to the office at full capacity, what are your plans for returning in the next year?

Remote work over the last year forced the Lasting Impressions team to get more comfortable with technology, and in some ways, Chryplewicz says, the distributor became more efficient. “Now that we’ve worked out the kinks with chat systems and virtual calls, communication is even better” than it was before the pandemic, she adds.

Employers are also testing the idea of long-distance remote staffers. Brenda Speirs, head of Bend, OR-based Buzztag (asi/186668), recently hired a woman who lives in Connecticut to work on account management, bookkeeping and, eventually, sales. “This is an experiment,” Speirs admits. “I’m a little nervous that we can coach her the way she needs to be, but I know her, and I know her capability. I think it’s actually going to work great.”

Yvette Hymel, owner of Proforma Key Solutions in New Orleans, has an employee whose Coast Guard spouse was relocated to Guam. Though the employee initially thought she’d have to leave the company, Hymel was able to make her fully remote. “She still has her whole day to spend with her husband and puppy, and we get to have her back and know that she’s helping us stay on track,” Hymel says.

The pandemic has also changed what some employers are looking for in new hires. There’s the obvious – that workers need to be comfortable with technology. But there are also character traits becoming more desirable among certain hiring managers. Nick Davis, director of sales at In Your Face Apparel (asi/62494), says he’s looking for compassion rather than a rigid “hunter” instinct. “You want your sales rep to have that bravado and chutzpah, but you also want them to be a human being you can talk to,” Davis says. “I need someone that understands that this is life. I’m going to be as compassionate about you as I would expect you to be about me.”