Pop! Promos (asi/45657) made the big move a year ago in June. The Philadelphia-based promo supplier expanded its international sourcing network beyond China by beginning to import from India. Since then, Pop! has opened an office in Delhi to expedite sourcing, vetting and onboarding of new manufacturing partners.

“The addition of our Indian factories gives us lower costs in some product categories affected by high import tariffs on China,” says Pop! President Sterling Wilson. “We also gain new capabilities in soft goods manufacturing that India is famous for.”

Pop!’s move to India is emblematic of an industry-wide phenomenon occurring in the North American promotional products market. Underway for several years – and now being taken up with greater urgency – both suppliers and distributors that source directly from abroad are increasingly looking for manufacturing partners in countries beyond China.

Have you actively explored sourcing from new countries in the last 12 months due to the uncertain trade situation with China? (Suppliers)

Indeed, nearly six in 10 suppliers (58%) report they have explored new countries from which to source within the last 12 months due to trade uncertainty with China. And like Pop!, a growing number of suppliers have already established partnerships with manufacturers in other nations, with India, Mexico, Vietnam and Bangladesh among the more popular destinations.

“Suppliers will continue to move some manufacturing to other countries,” says Wilson. “This’ll be the result of rising labor costs in China, tariffs and geopolitical risk,” with the final of those factors including recent issues like allegations of forced labor in China’s Xinjiang region.

To be clear, promo definitely isn’t ditching China. The supply chain network and manufacturing capabilities in the world’s second largest national economy remain essentially without compare when it comes to international sourcing hotspots. More than 90% of suppliers do at least some sourcing from China; of those suppliers, almost 60% import at least half of their products from the country. 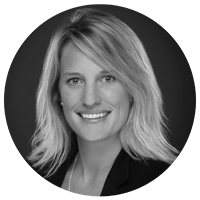 “The industry will move more supply chain from China, but it will be a slow move.” Melissa Ralston, The Koozie Group

Still, in recent years, importers in promo have realized there are distinct advantages to multi-country sourcing and have increasingly moved some production out of China. The Trump administration’s import tariffs on China accelerated the movement to weave a wider international sourcing web. When the COVID-19 pandemic halted factory activity in China through lockdowns, the sound sense of importing from more than one country became even clearer.

“It’s about risk mitigation,” says Jose Gomez, president at Top 40 supplier Edwards Garment (asi/51752). “By having flows from multiple countries, your supply chain isn’t impacted the way it would be if you were only sourcing from one place and there are material shortages, logistics/trade issues, increasing costs or other problems in that location.”

“Plus,” Gomez continues, “you can benefit from expertise hubs. Different countries, and even regions within countries, have product-specific equipment and know-how that allows these locations to produce a specific product category better and faster than others.”

Seeking to capitalize on such benefits, Edwards Garment has grown its mix of products made in the Americas, particularly in countries under the North American and Dominican Republic-Central American free trade agreements. “We’ve also built our presence in Southeast Asian countries with strong apparel manufacturing hubs and in other locations with duty-free access to the U.S.,” Gomez details.

Which Countries Do You Import From?

Uncertainty from political tensions and concern over forced labor allegations in China are among the factors that have compelled Top 40 supplier Sweda (asi/90305) to expand sourcing to other countries. “Vietnam and Mexico are producing beautiful products,” says Kellie Claudio, Sweda’s senior vice president of sales and marketing, adding that the company is sourcing bags, drinkware and stationery from those countries.

Top 40 supplier Koozie Group (asi/40480) has always considered manufacturers beyond its domestic options and partners in China, “because we want to have a variety of affordable and reliable solutions for our distributors,” says Koozie Chief Revenue Officer Melissa Ralston. Of late, the diversification has intensified.

“With the tariff fluctuations and the current geopolitical situation in Xinjiang, we have moved production of more items to South Korea, Vietnam, India, Pakistan and Bangladesh, among other countries,” says Ralston.

The phenomenon also applies to the roughly 50% of distributors that source from outside the U.S. and Canada. “We’ve primarily focused on diversifying into other Asian markets, including India, Bangladesh, Malaysia and Vietnam, where we’ve opened a new sourcing office in Hanoi,” says Joshua White, senior vice president of strategic partnerships at Top 40 distributor BAMKO (asi/131431). “We’re increasingly looking at options in Central and South America as well.”

Will China Be Supplanted?

With the movement toward sourcing expansion gaining steam, is China in danger of losing promo’s business? Not likely, and definitely not anytime soon, according to a consensus of suppliers and distributors. “The industry will move more supply chain from China, but it will be a slow move,” says Ralston.

Supply chains are hard to shift, let alone completely uproot. Finding reliable partners that can build quality products, having the local infrastructure required to efficiently move materials to factories for production and then to port for export, vetting manufacturers to ensure they’re not violating the human rights of workers and environmental standards – all that takes an incredible amount of time, expertise and due diligence that makes a massive overhaul of one’s supply chain difficult to achieve.

Tariffs are still in place under the new administration, providing consternation to suppliers and distributors.

Percentage of suppliers who anticipate it will be challenging to set prices due to tariff uncertainties.

Percentage of distributors who are greatly concerned about tariffs in 2021.

“The shifts from China that do happen will take longer than is generally anticipated,” says White. “The shift won’t be for all items. Certain products like electronics require high degrees of capital investment, skill and expertise other places may lack. Along the same lines, while the costs of labor in China continue to rise, there are a number of items where labor simply isn’t the driving cost. For stuff like that, I expect China to remain fairly dominant.”

Trevor Gnesin feels similarly. The CEO of Top 40 supplier Logomark (asi/67866) says China will remain in pole position because it has the raw materials, infrastructure and product development expertise other nations generally can’t match, particularly when it comes to hard goods and more sophisticated products.

Adds Claudio: “It’ll take more than a few years for the rest of the world to be able to produce hard goods at the cost and efficiency achieved by Chinese factories.”

Apparel suppliers could be the most active when it comes to continued sourcing diversification, something the marketplace has already seen to an extent. “For apparel, promo will move more supply chain from China, particularly in basic categories like T-shirts and hoodies,” asserts Gomez.

Bottom line: Expect more promo products to be made in a broader range of countries in the years ahead, but know that China’s likely to continue ruling the sourcing roost.