Like so many in the promo products industry, Bryan Goltzman is bullish on kitting.

What was once an additional revenue stream for distributors and a nice-to-have service, kitting – collating products from multiple suppliers and packing them into gift-type boxes – became explosively popular in 2020 as people hunkered down during the pandemic. It’s certainly keeping Goltzman and the team at Liquid Screen Design (asi/254663) busy.

“We’re kitting 2,500 boxes a week,” says Goltzman, owner of the Minneapolis-based company, which serves mostly the education, recreation (like summer camps) and nonprofit sectors. “And it’s not slowing down. We’re getting huge orders, like 1,000 boxes at $100 a box. We had three inquiries this morning alone.”

Long Island, NY-based Industrial Contacts (asi/231220) works with major clients around the country, like Espolon Tequila, Lyft and Nickelodeon. Before COVID, the company offered warehousing and fulfillment and was active in live brand experiences. Now, kitting has become an alternative that offers an experience in a box.

For the first time in the State of the Industry, Counselor asked distributors if they offered kitting. The findings reveal that about a third of distributors offer the service, but that it’s far more prevalent among large distributors.

Percentage of Distributors That Offer Kitting

“There’s an element of surprise to kitted packages,” says Daniel Siegel, director at Industrial Contacts. “They’re getting very creative. The expectations for them are higher now than at the start of the pandemic.”

As its name suggests, College Hill Custom Threads (asi/164578) in Pullman, WA, mostly served the higher education market before COVID. But with an excess of on-hold orders for those clients over the past year, the team has diversified into kitting for corporations, wine clubs and even musical groups looking to promote new albums.

“We did a little bit of kitting, but it really started for us in 2020,” says Chris Anderson, collegiate sales manager. “We’d do boxes for different groups at a school. We’d order 250 pieces of a few products and they would sit in our warehouse, and then we’d customize the package depending on where it was going.” 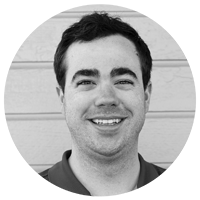 About a third of the promo industry (32% of distributors) offers kitting, but that doesn’t tell the whole story. The service is far more likely to be produced by larger distributors – 72% of firms bringing in between $1 million and $5 million annually reported providing kitting, and 67% at the $5 million+ tier. Meanwhile, only 9% of smaller distributors, those with $100,000 in revenue or less, said they offer it.

Why the disparity? Kitting requires space to house the products and manpower to pack the boxes. For Liquid Screen Design, the increase in demand for kitting has helped the company have one of its best years ever, but a quick pivot meant little time to outfit a formal facility. For now, it all takes place at co-owner Benji Bearman’s house; his garage now looks like a warehouse, says Goltzman, and several workers go there daily to take care of picking and packing.

Would a difficult year affect the additional services that distributors offer? Yes and no. Graphic design, printing and marketing are about as prevalent as in previous years. Meanwhile, company stores and warehousing, while popular with buyers, suffered double-digit percentage point drops each due to the cost of running these services.

Kitting creative, curated packages has not only helped keep people connected during the pandemic, but has also driven more attendance to virtual events. But does it mean it’s doomed to recede once live events return and workers are back in an office en masse?

Not likely, say distributors. Goltzman believes virtual events will most likely continue in some fashion after companies devoted resources to perfecting the experience this past year. “A major nonprofit told us the box we kitted for them had the longest sustained social media presence of anything they’ve ever done,” says Goltzman. “The demand might be less as we move forward, but it’ll still be there.”

Anderson agrees that his company’s investment in resources to offer kitting will be worth it as demand continues. He points to a recent small show by a Top 40 apparel supplier where attendees could pick from different sample kits to be shipped to them ahead of time. He and two colleagues each picked one and compared the items inside.

“Kitting isn’t going anywhere,” Anderson says. “Most events moving forward will have a virtual component. We won’t go back to events like they used to be. Some companies aren’t going back to the office until 2022, if ever. Virtual is becoming the norm, and this is a way to get products into people’s hands.”

Even with people returning to the office, Siegel is banking on clients still looking for gifts to delight recipients. “Sending something to surprise them at home is a good idea,” he says. “It might not be 100 kits to 100 locations, but there will be kitting.”