PPE was the name of the game in 2020; everyone was scrambling to get their hands on masks, gloves and hand sanitizer. “I flipped over to PPE sales, and that’s what kept me alive,” says Rachel Leone, president of Leone Marketing Solutions (asi/251966).

But what was a lifesaver for distributors came at a cost: eroding margins. Last year was the first year margins declined since 2014, dropping nearly three percentage points to 33.4%. Order values plummeted too, with the few sizable PPE orders distributors typically scored last year being unable to counterbalance the vastly smaller quantities of traditional promo products.

HALO Branded Solutions (asi/356000) was choosey with its PPE vendors last year. “PPE was a huge category for us, particularly early in the year where our sourcing advantage allowed us to get ahead of the market in both terms of delivery and costing,” says Terry McGuire, senior vice president of vendor relations and communications for the Top 40 distributor. Still, “margins for PPE did shrink considerably later in the year as the market became saturated, and our sales constricted accordingly.”

Renya Nelson, CEO of Brand+Aid (asi/145193), scored a large-quantity order for undecorated masks in early 2020 from a GSA contract with the federal government. “It was a big order in terms of value, but the margins were only 12%-15%,” she notes. She and her team gathered over 100 mask samples before sending the client the one they liked, which had been made in China. “Then, President Trump issued a proclamation saying we couldn’t buy any foreign PPE,” she says.

Dried up sales of promotional products led to decreasing order sizes – a trend most pronounced with small distributors.

Brand+Aid had to scratch that order and domestically source a different mask. “We went for a retail product that was three times the cost of the original mask, but we had to honor the original price we had quoted,” she says. “It ended up being good for our end-of-year, as the order represented 24% of gross sales, but our margins took a hit.”

Distributors were mindful of PPE pricing during such a sensitive time. Greg Greemon, senior account executive for The Sourcing Group (TSG, asi/330100), recalls talk that the government would retroactively audit companies for evidence of price gouging.

Adds Nelson, “We were executing orders – it was hard to justify making a big margin. There was a ‘We’re all in this together’ mentality, and no one wanted to look like they were ripping people off.”

Still, the upsides were many, including opening doors to new customers and markets. The even better news is that as traditional promo sales recovered, especially in Q4, companies transitioned into something that was even friendlier on margins. 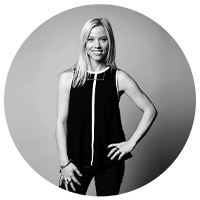 “It was hard to justify making a big margin on PPE. There was a ‘We’re all in this together’ mentality, and no one wanted to look like they were ripping people off.” Renya Nelson, Brand+Aid

“After July, we didn’t do much PPE,” Greemon says. “We customer-serviced the heck out of our customers. I picked up the phone and called my clients. I said, ‘This stinks, but what do you think about a kit?’”

“Brand-in-a-box” business (i.e. kitting) took off. Leone hired a fulfillment partner to help execute her orders, which were centered on work-from-home onboarding and universities “in a panic on how to engage students.” Corporate clients looked to engage employees and created fun events such as virtual trivia nights, which Leone supported with promotional items and events. Even her nonprofit clients raised more money with virtual events than they did in regular times. Says Leone: “They spent more money on promo, but paid less for the actual event, which was a huge cost savings.”

“Kitting is a margin-builder for us,” says TSG’s Greemon. How? “TSG has warehouses nationwide and does its own kitting. We supply the creativity and sizzle, but we’re also able to control costs.”

Now the challenge has shifted again. For HALO, margins are holding firm as buyers have money to spend. “The greater challenge in potential margin erosion is increased costs,” McGuire says. “Clients are willing to pay as much as years past, but there are substantial supply chain headwinds impacting product costs, stock and lead times.”

Margins dropped to their lowest levels in five years. The biggest reason why was the pivot to PPE and hand sanitizer, which were sold at margins distinctly below industry norms.

Greemon says he hasn’t seen orders being impacted by higher costs such as shipping so far in 2021, but “we’re likely to see that [over the summer],” he says. However, he notes his clients “don’t have their heads in the sand – our customers know things cost more but they’ll understand. It won’t be a shock to them; it wasn’t a shock to us.”

Even with those challenges, Greemon explains that order values are increasing, and order composition has varied. “Some clients might order a lower quantity but higher-priced items, and others may order increased quantities of lower-priced items,” he says, “but we’re definitely seeing an uptick overall.”

Selling PPE helped Paula Gossett, senior promotional consultant for Geiger (asi/202900), expand her client base into areas like janitorial and operations, and first quarter sales are up over $100,000. “Usually my first quarter is my weakest, but I got orders from customers I haven’t heard from in a year looking to replenish stock,” she says.

“Individual dollar volume is lower, and we have to work harder with each order due to supplier issues,” Gossett notes. “However, clients are paying attention to quality now more than ever, and suppliers that offer products with a socially responsible or ‘give back’ feature are helping us upsell.”

While Greemon is still selling some PPE (“It’s not gone, there’s still scar tissue from COVID,” he says), there’s light at the end of the tunnel. “I’ve had three customers this week target late summer/early fall for product launches and events,” he said in May.

Indeed, distributors expect the return of live events, product launches, trade shows and employees’ gradual migration back to the office to continue positively impacting 2021. Leone has been fielding inquiries from clients for tents, flags, outdoor banners and masks as outdoor events come back.

Even with all that positive momentum, distributors need to keep pursuing strategies and brand positioning that justifies an elevated market for their services. “Bring value to substantiate your prices,” Gossett says. “Go above and beyond to make your client’s life easier and help with logistics.”