When Sandy Gonzalez became CEO of California-based MadeToOrder (asi/259540) in the spring of 2019, she didn’t wait for the position to be offered to her. As anyone who knows the industry veteran can tell you, that’s not her way. Instead, she stepped up and asked for it.

“I gave myself a pep talk the night before and didn’t get any sleep,” says the 2016 Advantages Salesperson of the Year finalist. “But if I didn’t ask, how would they know I wanted it? If you want a role, you have to walk the walk and talk the talk.” 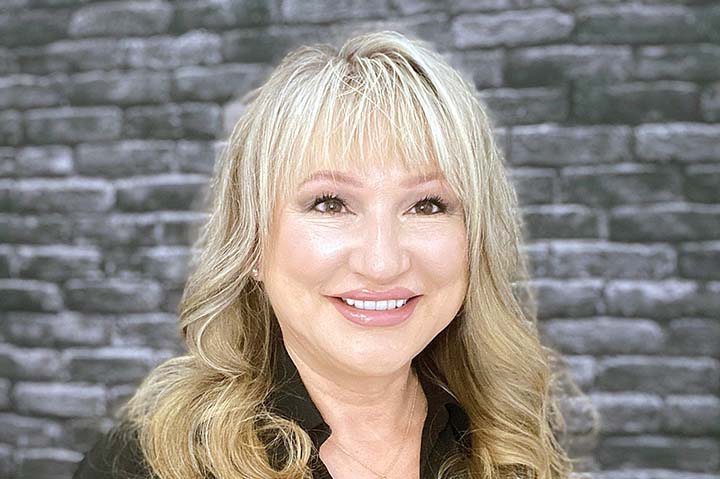 Gonzalez joined the industry in the 1980s, but she didn’t yet have CEO ambitions. In fact, she was mainly looking for convenience; as an ad sales rep at a radio station with a new baby, she didn’t want to be on the road making calls without immediate access to her child.

So she became a customer service rep for a promo supplier in Union City, CA. “I was familiar with promo because we bought it at the station,” she says, “but I’d never thought about where it all came from.”

Thus began a career spanning nearly 40 years. After time spent at the supplier and several distributors, she returned to sales at MadeToOrder in 2000, which brings in close to $25 million a year. “I created a niche of tech clients and very particular customers,” she says. “If they were strict about their image, I worked well with them.”

As tech tools for promo evolved significantly – “we mailed POs because we didn’t even have a fax machine,” she recalls incredulously – the pace of business has also quickened. It’s one reason Gonzalez continues to train and mentor young salespeople on technology as well as sales best practices – important skills she learned on the job starting at the radio station.

“I’m vocal,” she says. “I’m a proponent of learning something new all the time, and I lead by example because I’m always in training.”

“Don’t be afraid. Let people know what you want. I think we all could do more of that.” – Sandy Gonzalez

That indefatigable approach to her career hasn’t gone unnoticed by those who work with her. “Sandy is a true leader and mentor,” says Kellie Claudio, senior vice president of sales and marketing at Top 40 supplier Sweda (asi/90305) and Counselor’s 2018 Woman of Distinction. “She has an unstoppable can-do attitude and the heart and hustle to succeed, and she’s deeply respected by her peers and supplier reps alike.”

All those traits were put to the test last year. Gonzalez quickly spearheaded a transition to 100% remote work and connected with clients. “We thought it would last three weeks,” she says of her almost 50 employees. “Now here we are, still at home.”

Fortunately, there’s light at the end of the tunnel; as the West Coast opens up, Gonzalez plans to have one in-person team event each quarter now through early next year. Meanwhile, the company is gearing up to get back to real business.

Even with all the challenges she’s had to face as CEO, Gonzalez doesn’t regret speaking up two years ago and making her case for the job. And she mentors others in doing the same. She recently gave her ambitious niece some suggestions about how to act and speak in the workplace to prove she deserved to move up the ranks. “I told her, ‘just keep giving a little more,’” Gonzalez recalls. “And in just three months she got a big promotion. She said she couldn’t believe how well it worked.”

Gonzalez offers this advice for those who are considering taking a leap of faith: “Don’t be afraid,” she says. “Let people know what you want. I think we all could do more of that. Do more than is asked of you so you grow into the person who can take on the role you want. Push against the sides of your box or you won’t grow.”