Since then, he’s become the unofficial COVID manager, constructing the St. Charles, IL-based supplier’s health and safety policies to protect its 60 employees. “It’s not quite what I expected, but someone has to do it,” Paschal says. “I’m used to reading legal writing, so when the government passes something, I can dig through and see what’s required.”

Rob Paschal (left) is the the current owner of the family-run Warwick Publishing, which has been operating since 1881. His brother and co-owner Jim (right) passed away in May at the age of 62.

However, he doesn’t consider these workers to be merely colleagues – they’re family. During his time at the University of Dayton, Paschal worked in Warwick Publishing’s accounting, HR and pre-press departments. Even before receiving his MBA, he was a familiar face in the office, which is just down the street from his high school. “There are people in this company that held me when I was a baby,” Paschal says.

A Midwest institution, Warwick started in 1881 as a newspaper publisher, which Lina Paschal purchased in 1903. She then sold the company to her nephew Paul – Alex’s great-grandfather – in 1926, the year in which the company printed its first calendar. It was under Paul’s leadership that the company began manufacturing promotional calendars and officially became Warwick Publishing. The supplier is currently owned and operated by Rob (Alex’s father), who along with his brother Jim expanded the product line to include notepads, pocket folders, greeting cards, frames and folders. Jim, the company’s co-owner and president, passed away in May due to diabetes complications at the age of 62.

“When I think about the history of the company, it’s a story of the power of sticking with it and the strength of family members working together,” says Rob. He recounts how his grandfather got involved in the business after World War I, his father jumping in after World War II, and both he and Jim joining in the late ’70s. “And now, to see Alex, as the newest generation to step into the business is amazing,” Rob adds. “Most companies don’t make it past the second or third generation, but we did, and I’m so proud of that.”

Phil Martin, national sales manager at Warwick, has been with the company for over 35 years. Most of that time was spent on the road with Jim. “They weren’t just two brothers – they were two best friends,” Martin says. “It’s been a family atmosphere for as long as I’ve been here.” 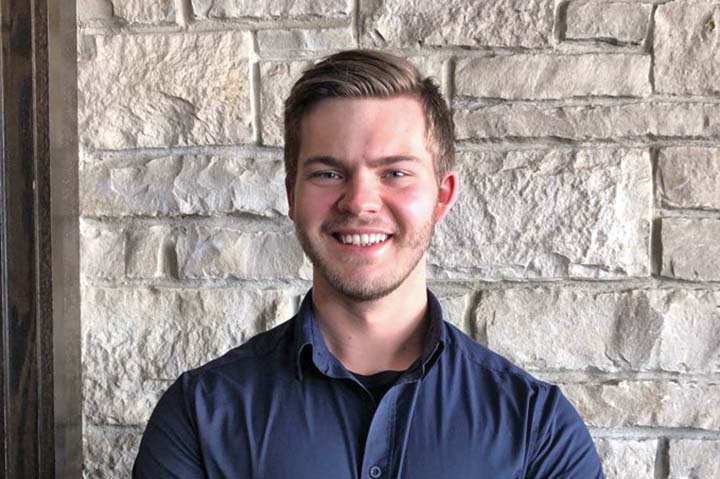 Alex Paschal joined Warwick over a year ago, making him the fifth generation of Paschals to work at the supplier.

Last year was a difficult one for Warwick which wasn’t considered an essential business and had to be shuttered for three months during Illinois’ statewide shutdown. Fortunately, the company benefited from government programs, as well as the loyalty of its longtime customers. After all, with five-star ratings in ESP performance categories such as product quality, delivery and problem resolution, Warwick Publishing has built a respected reputation in the industry.

Everyone in the company has learned a lot in the past year, but most certainly the youngest Paschal. Alex is grateful for everything he’s learned in the classroom and from his two oldest teachers: his dad and his uncle. “What Jim and Rob had with their dad is what I have with them – trust,” Paschal says. “My dad has always told me that it’s so important to know that when you ask someone to do something, they actually do it. That’s why nobody has to micromanage in our company. There’s no doubt we’ll get the job done.”