That quote is often attributed to novelist James Lane Allen, but Chuck Hammond heard it from a close adviser, and he’s been reminded of it throughout his 18 years as CEO of Cedar Rapids, IA-based Raining Rose (asi/80489). 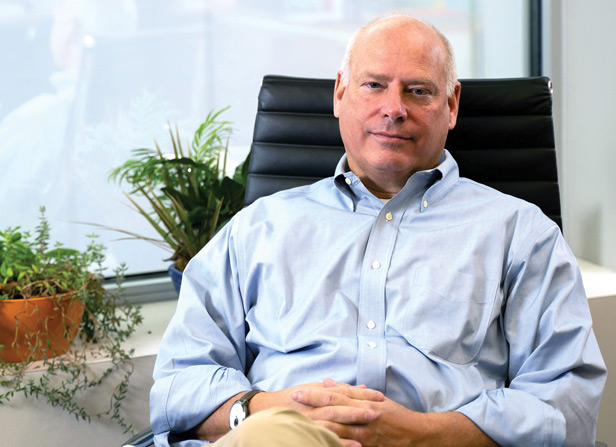 Two years after purchasing the personal care products supplier, his business partner Art Christoffersen passed away from esophagus cancer. In addition to running day-to-day operations, Hammond had to manage resources and overcome obstacles in a still-foreign market for the former telecommunications executive.

Hammond says Raining Rose got through it by following Christoffersen’s advice. “When he was giving a speech near the end of his life, Art said, ‘the one thing I’ve really done well is surround myself with good people.’ So, I’ve hired people better than me and then got out of their way,” Hammond says.

Another obstacle came in the summer of 2008, as Iowa endured historic flooding. Cedar Rapids was hit hard, and Raining Rose’s production facility was inundated with 8 feet of water. All the equipment had to be replaced or stripped down and rebuilt. “Recovery was a real team effort,” Hammond says. “The day we were able to get back inside the facility, everybody showed up and we went to work.” Raining Rose not only survived, but within a year, grew its sales by 13%.

“I’ve hired people better than me and then got out of their way.” – Chuck Hammond

Unfortunately, there was no sales growth last year. “Business was impacted pretty dramatically,” Hammond says. “Lip balm sales really went down. After all, reaching into jar at the checkout counter to fish around for a lip balm isn’t very appealing in a pandemic.”

Ever resilient, Raining Rose mitigated the damage from COVID-19 by investing a great deal in restructuring the plant and expanding its production capabilities, making more hand sanitizer last April than in all of 2019. Thanks to funds from the Paycheck Protection Program (PPP), Hammond didn’t lay off any of the company’s over 300 employees. Furthermore, every plant worker was granted 80 hours of PTO. If they didn’t use it by the end of the year, they could cash out. “Our people really respected the flexibility and control we provided them,” he says.

Hammond is particularly proud of how the company has been following CDC guidelines and protocols, with Aaron-Marie Thoms (vice president of people and culture) in constant contact with the Linn County Department of Public Health. In an effort to be more inclusive, the company has also partnered with a local nonprofit to give onsite English lessons for its large immigrant population. And in March, Raining Rose became the first manufacturing plant in the city to have onsite vaccinations, with 185 employees participating. Now, if a worker has been vaccinated and is in a room with colleagues who were also vaccinated, they don’t have to wear a mask.

“We’re seeing the world start to thaw,” Hammond says. “The market is rebounding and we’re very optimistic. I’m a firm believer our people will get us out of the disaster we’re in. We’ve worked internally to get things prepared for when we will be.”