How it started: a cold call gone awry.

How it’s going: an unbreakable friendship that led to Creative Studio Promotions (asi/170976), a five-time Inc. 5000 distributorship based in Grand Rapids, MI.

Nearly two decades ago, mutual friends decided that Menda Wright and Ann Vidro needed to meet. Wright phoned Vidro as a cold call. “I thought I was going to sell her some promo products,” Wright says. 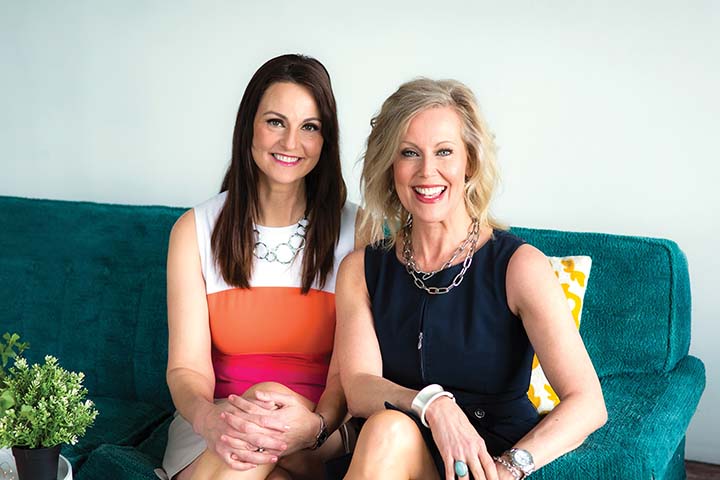 In response, Vidro invited Wright on a tour of the screen-printing company Vidro was part owner of at the time. As the tour progressed, Wright noticed boxes labeled with Leed’s, alphabroder and other industry suppliers, and realized her mistake. Still, the pair hit it off and decided to get coffee afterward. “It was love at first sight,” Vidro jokes. “They had to cut us off from the espresso. We were just having such a good time.”

Specializing in online stores, Creative Studio takes an agency approach, aiming to be a one-stop shop for clients, creating brand campaigns, building websites, procuring goods, warehousing, fulfilling and sending items all over the world. “We made a conscious decision to work with very local partners,” Vidro says. “What we do best is take care of our clients.”

That philosophy has been wildly successful for the 12-person team at Creative Studio Promotions. The distributor routinely sees double-digit annual growth, and despite a pandemic-related rough patch in the middle of 2020, the promo company still ended up exceeding 2019 revenue. “During the pandemic, we launched a record number of stores in a few months,” Vidro says, adding that they increased their number of online shops by 25% last year.

“We’re in this journey together, we’re in sync, and we know that no matter what, the other person has it covered, because it’s a partnership.” – Menda Wright

Among the more impressive feats Creative Studio Promotions pulled off in 2020 was an appreciation initiative for a large healthcare organization. The president and CEO wanted to show gratitude to every single employee system-wide, Wright says. That involved choosing and kitting three promo items, custom messaging, then using “a super-secret spreadsheet” to organize home shipping addresses for the healthcare system’s nearly 40,000 employees. “We handled the whole thing, from start to finish,” Wright says. “It wasn’t without some sleepless nights … but it was a glowing success. Man, did that help our fourth quarter.”

Wright and Vidro attribute their success to a tightknit team that’s more like a second family than mere co-workers, and to their involvement in Premier Group, a buying network of which Wright is the incoming chairwoman. In addition to helping narrow down suppliers, the network has mastermind groups and knowledge sharing that the pair have found invaluable. “We feel like what we give we get back tenfold,” Vidro says.

Bubbling over with energy and enthusiasm for each other, their business and the promo industry as a whole, Wright and Vidro liken their long-standing partnership to a marriage. “We have the priority list of God and family, then the business,” Wright says. “We’re in this journey together, we’re in sync, and we know that no matter what, the other person has it covered, because it’s a partnership.”