When Steve Levschuk enters a meeting room or a trade show floor, especially in his native Canada, he carries with him the gravitas and celebrity of an honored statesman. And so it should be for someone who joined London, Ontario-based Talbot Marketing (asi/341500) – founded in 1886 and one of the oldest promo businesses in North America – fresh out of college at the age of 21.

“My intent was never to be in the industry this long; my whole focus was to use it as a stepping-stone into the ad agency business,” Levschuk recalls. “That was my passion and what I went to school for. But it’s required to have some experience to get your foot in the door, so I thought if I had selling experience in the promotional industry that would help. By the time I gained the experience, it was too late: I was hooked and fell in love with this industry.” 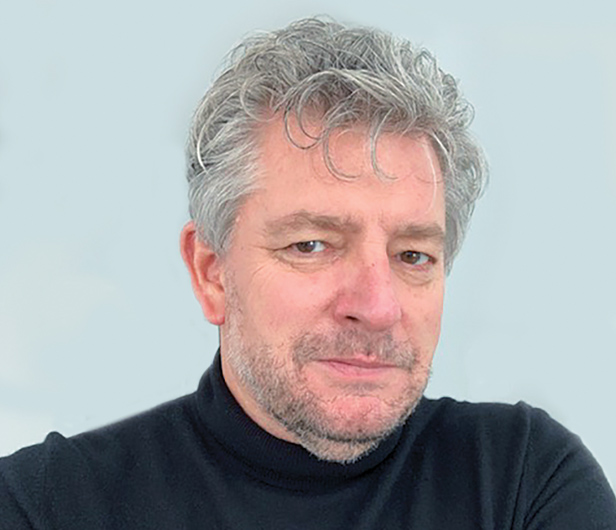 Levschuk has had the good fortune of working on both sides of the business. He started his career as a commissioned sales rep on the distributor side and then tested the waters in Talbot’s manufacturing arm of the business for over 10 years before finally coming back to where he says he was meant to be – a distributor in a general manager role at Talbot. He eventually took over and bought the business. “My love for the industry, the relationships I have built and the endless opportunities are what have kept me here so long,” he says.

And as you’d expect from someone who espouses such deep love for and devotion to the promo business, Levschuk has given back to the industry that’s given him so much. He’s been on PPPC’s and PPEF’s board of directors, served on PPAI’s International Committee, and held the title of President and Executive Board Member of WAGE (the World Advertising Gift Exchange), of which Talbot is the group’s Canadian member. Personally, Levschuk has been inducted into PPPC’s Hall of Fame. He’s also led Talbot to winning PPPC’s Distributor of the Year, as well as repeatedly landing his company on ASI’s Best Places to Work and Canada’s Best Managed Companies lists. And that’s not to mention Levschuk’s charitable endeavors, which includes supporting St. Joseph’s Hospice, the London Food Bank in Canada, the Ronald McDonald House, the Heart and Stroke Foundation, and an annual Christmas toy drive.

Jo-an Lantz – president & CEO of Counselor Top 40 distributor Geiger (asi/202900), Counselor’s 2020 Person of the Year and a member of WAGE – has known Levschuk for years, traveling the world with him to trade shows in Europe and Asia. “There’s business achievement, which Steve has accomplished in spades in building one of the premier distributorships in North America,” she says. “There’s leadership achievement, which again Steve has done in Canada and on a global stage with being inducted into PPPC’s Hall of Fame and as President of the World Advertisement Gift Exchange. And then there’s Steve Levschuk, one of the nicest and most genuine people I have ever known.” Going even further, Lantz calls Levschuk “the ultimate good guy and the friend you want to have.”

The Power of Transparency

Being the owner of a company is hard enough during normal times, let alone during a once-in-a-lifetime pandemic that cripples the world’s economy.

“In Canada, we were slow to vaccinate our population,” he says candidly. “Subsequently, we saw large spikes in infection all throughout the country, with all provinces in some form of a lockdown. This severely put a damper on any resurgence of the economy; we’ve seen little spurts of business here and there, but nothing sustained. I feel like this year we will have a strong fourth quarter, but we won’t see any real consistent growth until the first quarter of 2022. It will coincide with in-person events happening and the majority of the Canadian population being fully vaccinated.”

“A career is not defined by a week, a month or a year; it’s doing the little things consistently and well that
defines it.” – Steve Levschuk

Levschuk acknowledges how stressful this past year and a half has been on everyone, regardless of their business background. “My advice would be to make sure your expenses match your revenues; if your revenues aren’t what they were previously, your expenses can’t be either,” he advises. “This is very tough to do but must be done with constant monitoring. We can’t save our way to prosperity, but we have to ensure we weather the current situation so we’re financially strong to take advantage of opportunities when they come – and they will come.”

His second piece of advice for promo business owners is to preserve liquidity. “Cash flow is so important, as we’ve seen our DOS (days outstanding) for payments from clients being lengthened, so you need to make changes to mitigate this,” Levschuk says. “Lastly, be transparent; you can’t work in a vacuum. Be inclusive in developing strategies to work through the current environment and share it with everyone. If your staff and stakeholders aren’t hearing from you and don’t have clarity on the organization’s direction, they tend to make up their own reality. Be clear, concise and transparent about communicating the vision for the direction of the company.”

The Secret to Career Longevity

In retrospect, Levschuk believes the relationships he’s built have helped him grow and develop in ways that have been invaluable. Another tip? Look to make a difference in your role or organization, which will give you a sense of purpose. “Lastly, work hard at your ultimate goal, which will change through time,” he says. “Realize that a career isn’t defined by a week, a month or a year. It’s doing the little things over many days, weeks, months and years. I like to think of it this way: You’re a shoo-in for the Baseball Hall of Fame if you hit singles every game. Doing the little things consistently and well will define your career.”

Of all his myriad accomplishments and accolades, Levschuk says he’s most proud of being part of a group that has created something very special in Talbot Marketing. “It’s a place for those who really want to make a very comfortable living for themselves, where individuals’ thoughts and ideas matter and where we genuinely care about the people and our communities,” he maintains. “Talbot Marketing makes a positive difference in so many people’s lives from customers, vendors, sales partners, employees and charities – this is something everyone at Talbot can be proud of. For me, I’ve been blessed to work with some of the finest people ever at Talbot Marketing, and the business friendships I’ve developed over the years on both sides of the border make me a very lucky man.”